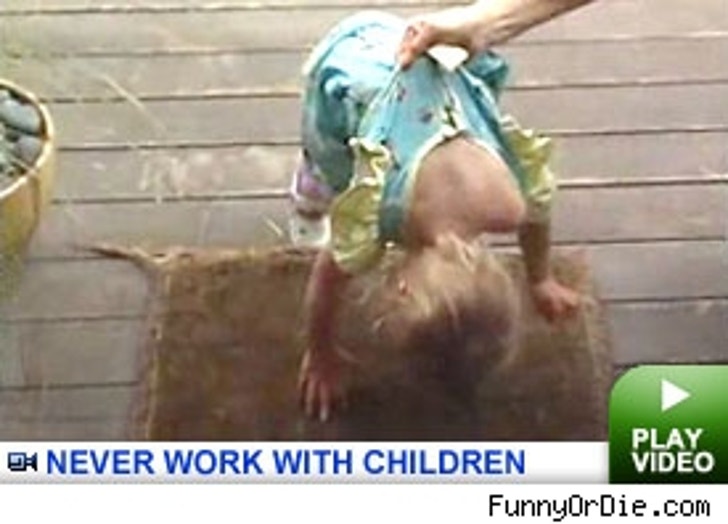 DVD outtakes are always hilarious -- who doesn't enjoy watching professional actors screw up? But when that "actor" is a 2-year-old girl, you've got real comedy.

Pearl, the toddler in question, co-starred with Will Ferrell in last month's Internet sensation "The Landlord." She played Will's foul-mouthed, beer-drinking landlord -- and it was as hard to film as you might think.

In a new video posted on FunnyOrDie.com, outtakes from the shoot show Pearl (daughter of Will's frequent collaborator, Adam McKay) playing with rocks and randomly running away from Will and her mom.