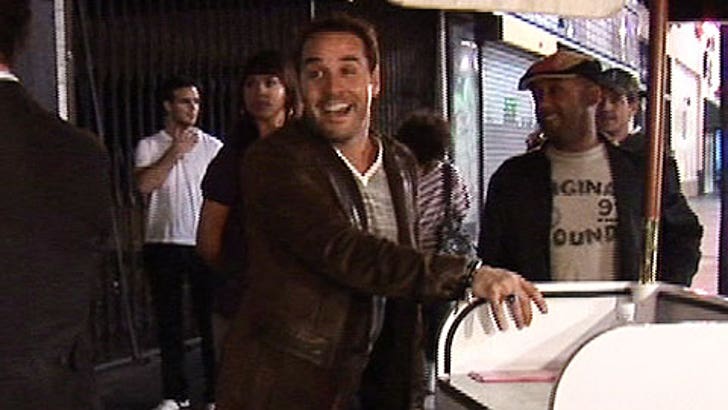 TMZ spotted the "Entourage" star waiting for the valet outside of Parc, and while he ended up taking off in his own car, a group of guys drove by in their ride and yelled "I got 12 girls here for you, come on!" while snapping pictures of Piven.