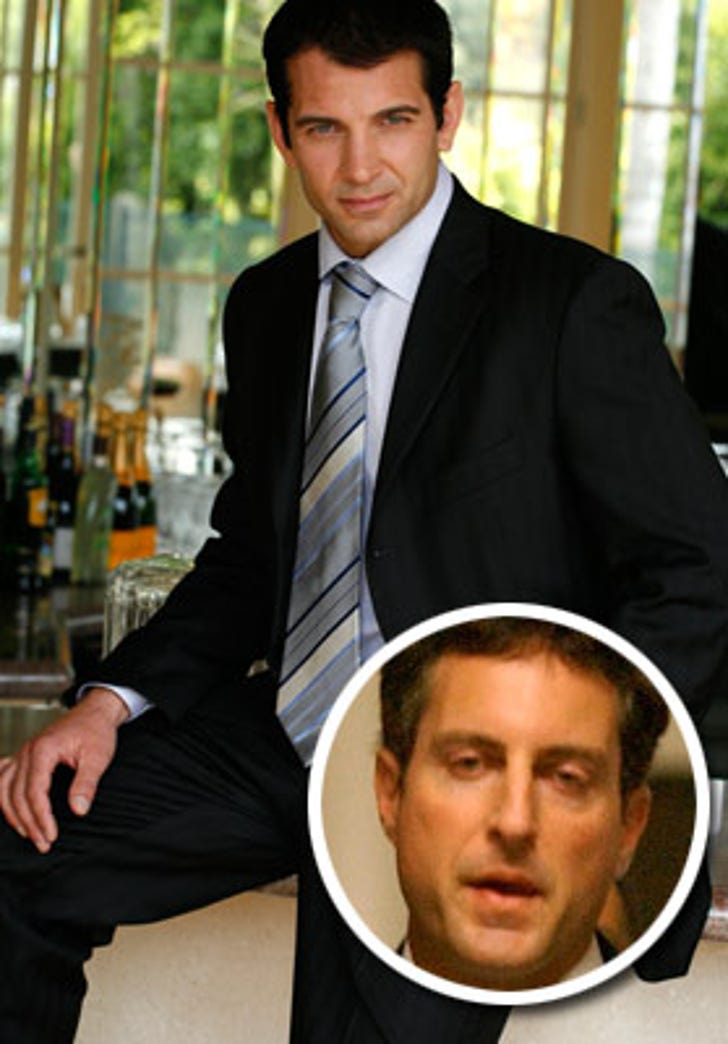 TMZ has obtained a publicity shot of the actor playing Howard K. Stern in the "Anna Nicole" movie starring Willa Ford. He may not be David Schwimmer, but he's still hotter than the real thang!

Actor Chris Devlin plays Anna's partner and Dannielynn's faux father in the independent feature. Although Devlin never got to meet Stern, he told TMZ he imagines Howard's time with Anna was like "being in a hot tub full of whip cream -- on the Titianic." Iceberg!

As TMZ mentioned before, the film also stars lip-glossed glamatron Bobby Trendy as himself ... which means the movie should be awfully hysterical!