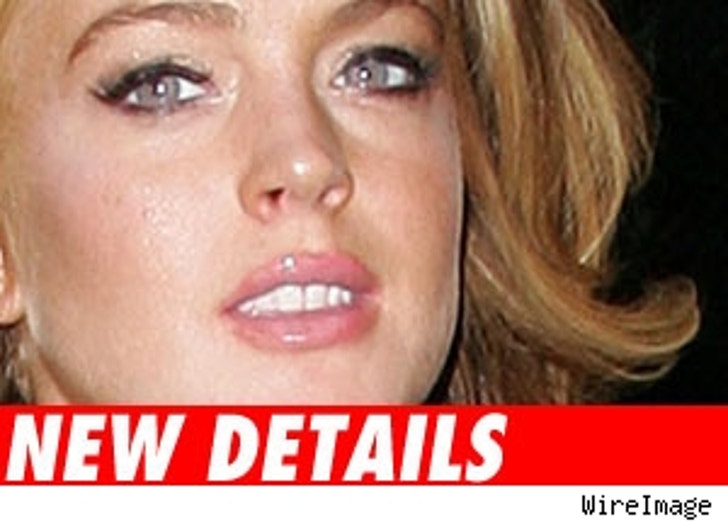 In a press conference this afternoon about the arrest of Lindsay Lohan, cops say they found a "usable amount" of a drug at the scene, which they say was cocaine. Lt. Mitch McCann of the Beverly Hills Police Department would not say where the drug was found, but it was "not on her person."

Police tell TMZ that 20-year-old Lohan and two other adults were in her 2005 Mercedes SL-65 convertible when she lost control and crashed into a curb and trees in Beverly Hills around 5:30 AM. After the crash, police say LiLo got into another car and was driven to Century City Hospital where she was treated for minor injuries that involved "something to her upper chest area." Police said the two other people in her car were not hurt.

Officers received a 911 call about the accident and "tracked Ms. Lohan to the local hospital, where she was ultimately placed under arrest" for investigation of misdemeanor driving under the influence of alcohol or drugs.

Lt. McCann said it appeared as if Lohan was speeding and lost control. She was cited and released and will have to face a judge.

A rep for Lohan could not be reached for comment.