A smiley Bindi Irwin, 8, has taken over the the family business. 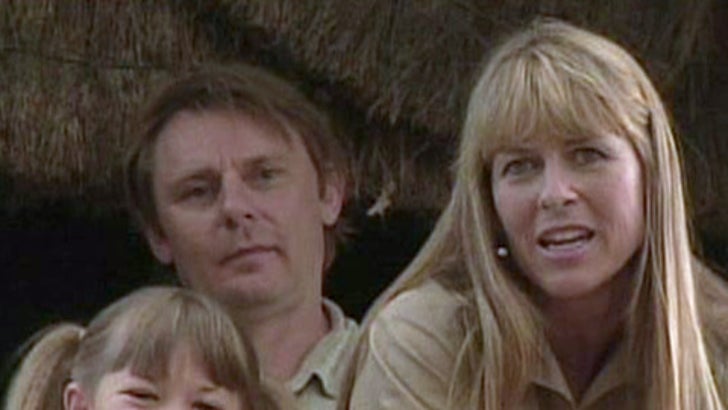 The precocious daughter of the late Crocodile Hunter Steve Irwin and wife Terri announced the upcoming "Bindi: Jungle Girl" series that will continue her father's work, saying, "The best part, I get to be with all my animal friends!"

Appearing in a tree house at the Australia Zoo, Terri said, "I think he would have said 'Crikey mate, I couldn't wait for Bindi to take over.'" Answering criticism that it's too soon after Steve's death for Bindi to be back in the spotlight, mom said, "Bindi has been filming with us since she first hatched, it was a natural progression for her to be doing her own shows."

Steve Irwin died while diving nine months ago, when a stingray barb pierced his heart off the coast of Australia. The show launches stateside June 8.