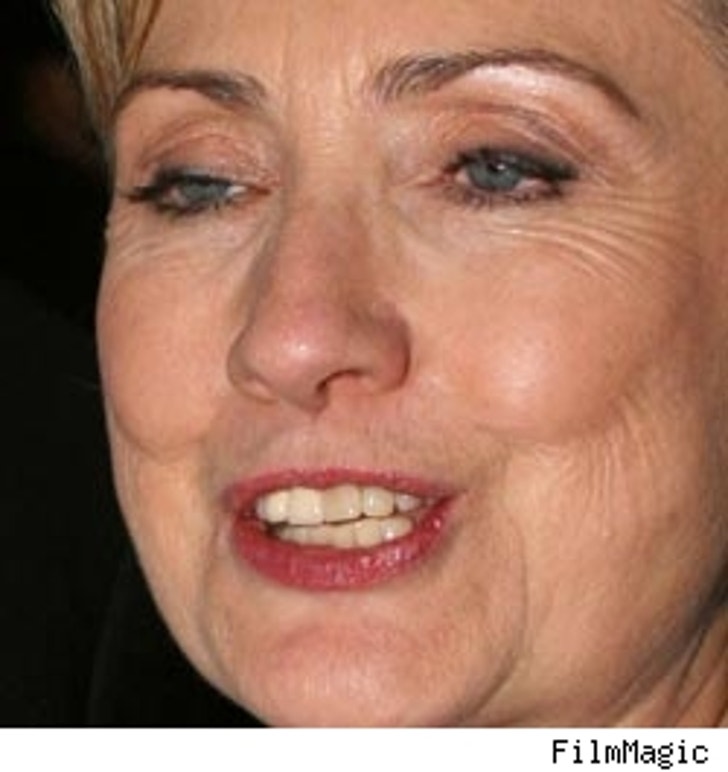 Presidential hopeful Sen. Hillary Clinton has added more song choices for Rodhamites to pick as her campaign anthem. DJ Hills on the ones and twos!

As TMZ previously reported
, the 59-year-old Democrat is asking the good people of America to go to her official site and vote for their favorite song. The winning tune will be heard from coast-to-coast as Hillary vies for votes. Will it be music to your ears?!

Recently added song choices, based on write-in suggestions from fans, include: "Are You Gonna Go My Way" by Lenny Kravitz, "The Best" by Tina Turner and The Police's "Every Little Thing She Does Is Magic." Wonder what her next trick will be?

While the winning jingle will be announced online in the coming days, it's probably safe to say the only artist who has absolutely no chance of being chosen is Gavin Rossdale's band, Bush!