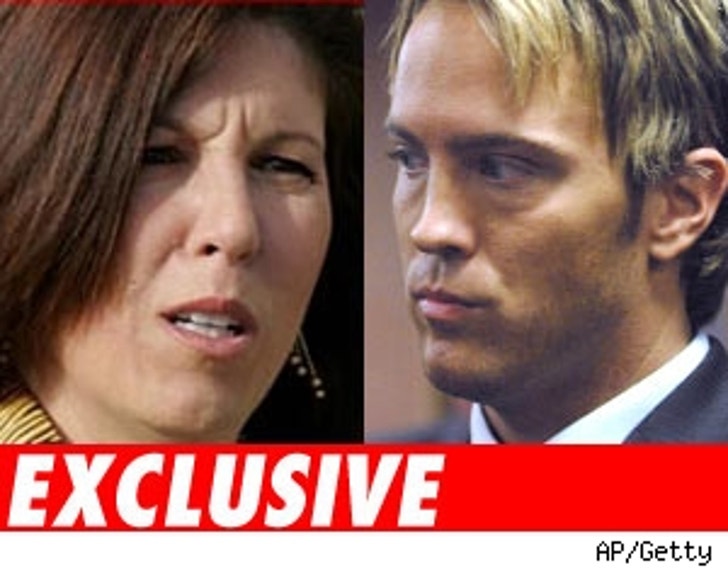 UPDATE: In an exclusive statement to TMZ, Larry Birkhead says:

Despite their filings, both Ms. Opri and her attorney received notification making them aware that I would be out of the state of California taking care of my daughter until the conclusion of an upcoming June custody hearing in the Bahamas.

Although at this time, the public is not aware of the unbelievable circumstances which led to me firing Ms. Opri, the only question at the end of the day is, how much money will Debra Opri be paying me? Thanks to the efforts of my Bahamas attorney, Emerick Knowles, I am fortunate enough now to be spending time with my daughter, Dannielynn.

TMZ has obtained a court document filed by Debra Opri in which she claims that Dannielynn's daddy has refused to pay for legal services.

In the petition to the court, filed today in Los Angeles County Superior Court, Opri claims Larry Birkhead "has refused and continues to refuse to pay [her] for any of her services." She now wants a judge to step in and force Larry to engage in binding arbitration.

In the document, Opri claims she "spent hundreds of hours working on Mr. Birkhead's case," which the documents say were at a cost of $475 an hour.

As TMZ first reported, Birkhead and Opri parted ways when their relationship went south. Opri then presented Birkhead with the mother of all legal bills -- totaling nearly $650,000 -- charging him for travel expenses including steak dinners, lobster take-out and laundry service for Opri's husband. Opri told TMZ that the bill was "fair and reasonable."