"Idol"-mania may have died down a bit since last week's craptacular finale, but Jordin and Blake are having no problem keeping busy. 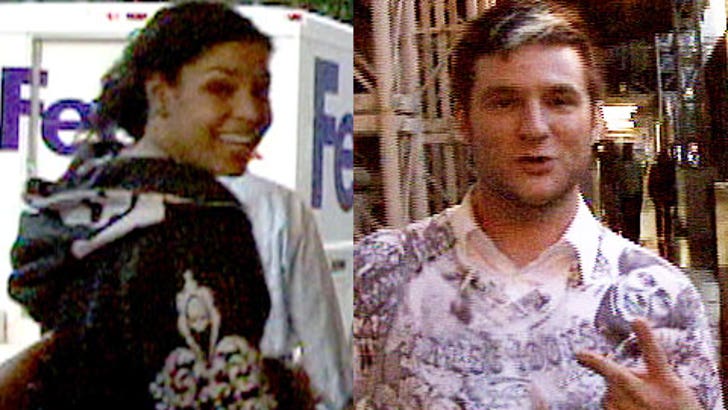 TMZ caught the two "AI" finalists outside the Essex Hotel in New York yesterday, as they returned to their temporary home after separate shopping trips in the city, with Blake sporting a bag full of goodies from the Apple store. Mac daddy!

Also in NYC outside the Essex: Leo DiCaprio -- who signed autographs from the safety of his SUV -- and "CSI: NY" star Gary Sinise.

Back in L.A., outside of Koi, Terrence Howard offered his condolences to rehab resident Lindsay Lohan, telling TMZ "She'll be alright, she's my friend, she just needs to be happier." An inflating Dennis Haskins aka Mr. Belding, was also at the West Hollywood sushi den, while Ludacris, a busted n' weaveless Vivica A. Fox and Seth Green opted for Chinese at Mr. Chow.

Hilary Duff was spotted leaving Hyde, and Brody Jenner -- with a train of hot women following him -- was caught making the trek to Privilege. All this and more in today's "Get Happy" edition of Star Catcher.