His career may be stalled, but Cuba Gooding Jr.'s sense of humor is still very busy. 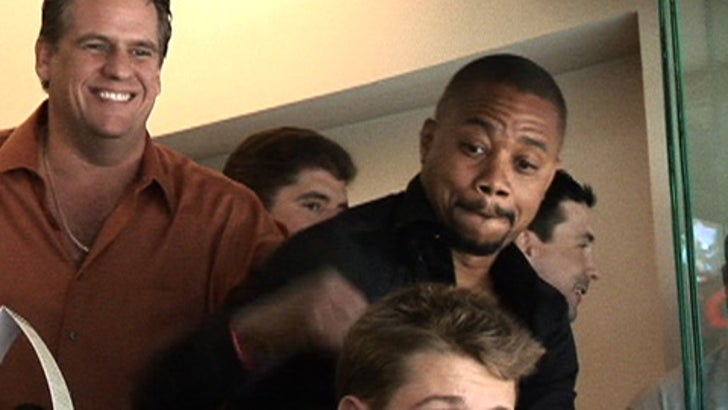 TMZ was in Anaheim last night for game two of the Stanley Cup (Go Ducks!), where Cuba hilarously made faces behind the back of clueless "OC" star Benjamin McKenzie. Ryan Atwood would have beat his ass down -- but Ben took it all with a smile.

An ecstatic Ray Liotta, a hearing-impaired James Caan, Jerry O'Connell and a quacky Snoop Doog were also at the game, all giving their support to the mighty Ducks.