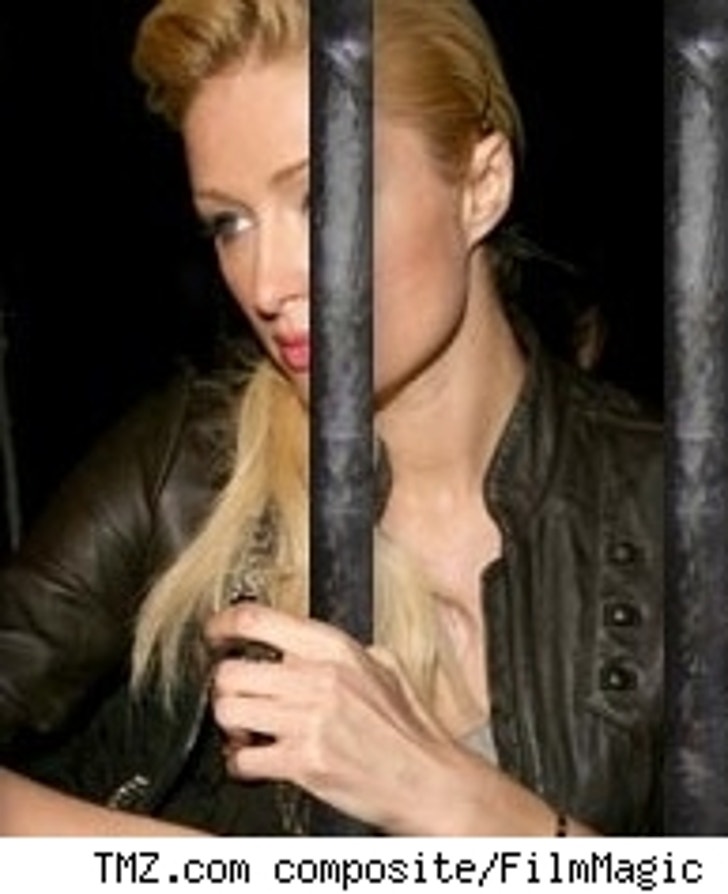 Paris Hilton wants to strut into jail with as much primp and circumstance as she can next week -- and she'll be writing a diary inside that she hopes to hawk for "a million dollars."

Rush & Molloy report that the jailbird-to-be has ordered up stylists to show up at her Hollywood Hills home at 9:00 AM on Monday, and she's going to try to pull a Naomi Campbell when she shows up to don her orange jumpsuit -- i.e., make sure she's very photo-ready. What's more, while she's serving time, a source says that she'll be penning a diary, which "will make a more dramatic read than Martha Stewart's."

And as for the big arrival, an "insider" says she may use her new kitten as a prop, handing it over to sister Nicky, tears streaming (violins playing, flashes popping, etc.), for maximum effect. 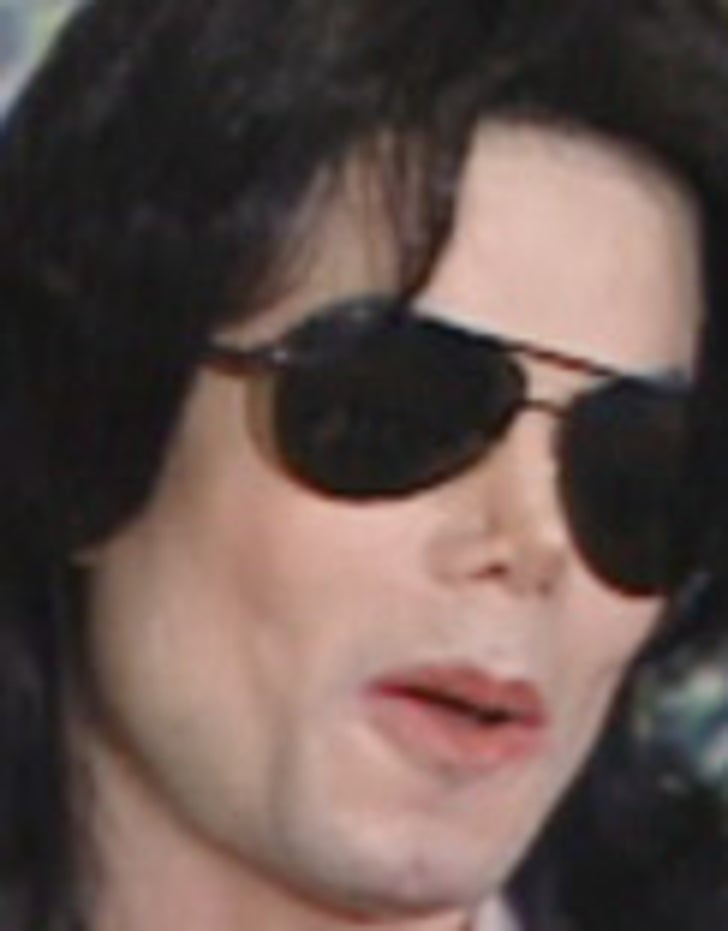 That big Michael Jackson auction in Las Vegas didn't quite live up to expectations in its first day, netting only $500,000, even though auction organizers spent $5 million buying the stuff and $2 million just transporting it. The biggest draw among the 1,100 items in the auction so far was a black coat with an "M" crest that belonged to Michael himself, which someone paid $24,000 for (minus disinfection, presumably). Richard Altomare, chief exec of the company that put together the auction, says he wasn't disappointed by the haul. So far.

Aniston Moving on with Mystery Man 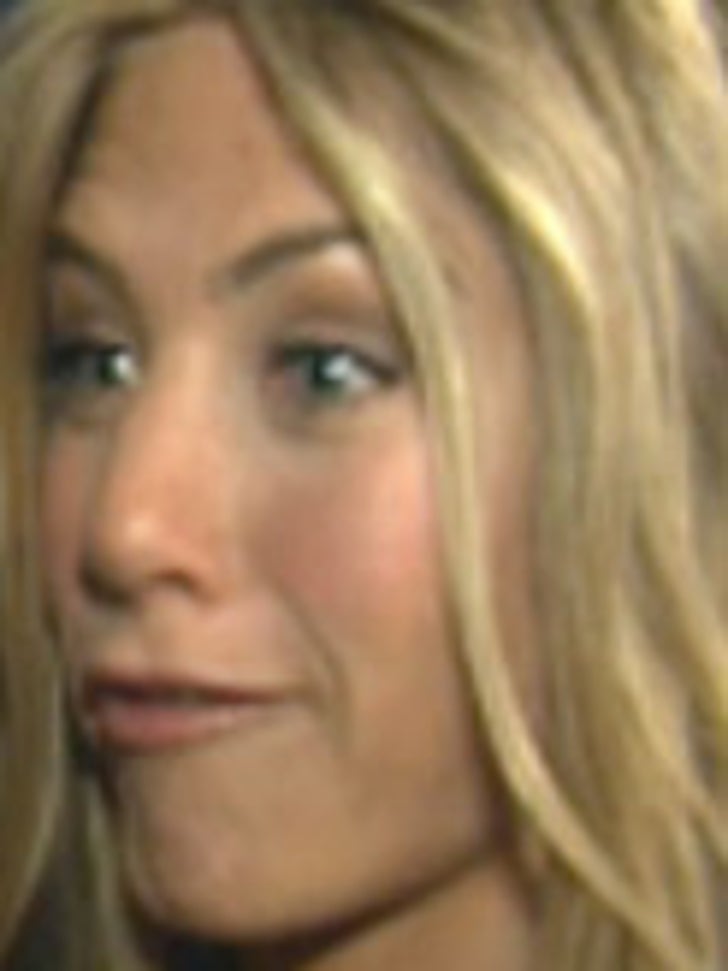 Jennifer Aniston may finally have a new man in her life that isn't "Vince Vaughn." The actress, spotted solo for much of the year, dined last weekend with what People describes as "a handsome mystery man," eating at Santa Monica beachfront hotel Shutters, and holding hands at the table for three hours over a bottle of Pellegrino. Of course, as TMZ showed you earlier this week, she showed up for BFF Courteney Cox and David Arquette's Memorial Day barbecue sans man. No word on who the guy is. 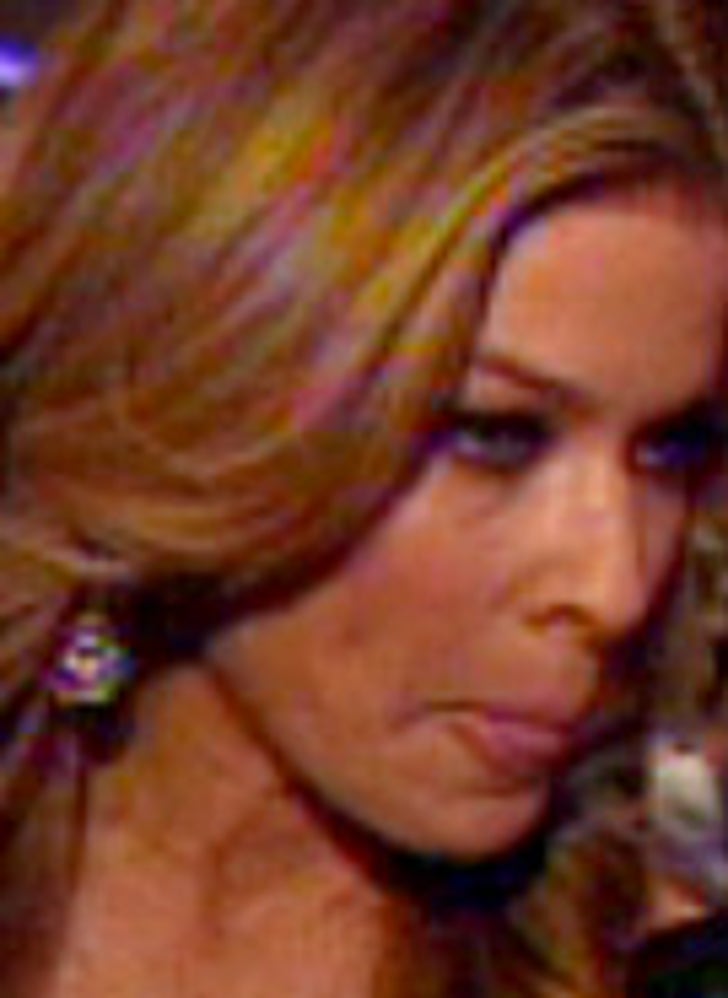 Carmen Electra is going to the mall for her next film, "Winter Wonderland," with Chris Kattan and Patrick Swayze -- they filmed in that gigantic West Edmonton Mall in Canada. To celebrate wrapping production, she'll be hosting a party at Touch Ultra Lounge, the latest creation of Allen Ladd of Tryst fame. ... TMZ has learned that Mike Myers will be getting the MTV Generation Award at the upcoming MTV Movie Awards, joining other leading men Tom Cruise and Jim Carrey in getting the ultimate golden popcorn bucket. ... Right-wing flamethrower Ann Coulter was soaking up the adulation of an admirer in Palm Beach, Fla., who gushed about loving her writing. Only problem, say Rush & Molloy, was when the "fan" wondered aloud, "You ARE Candace Bushnell, aren't you?"