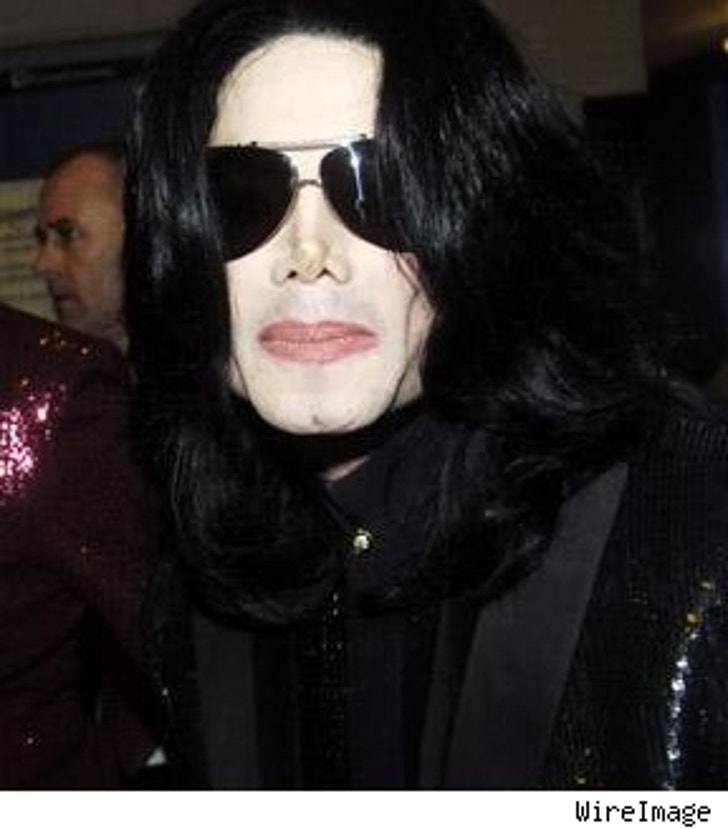 He ain't a Pretty Young Thing anymore, but Michael Jackson's stuff is still popular with fans. Hundreds of items were auctioned off by Universal Express, Inc., this past week, netting more than $1.5 million. Think about all the new noses he could buy with that!

Among some of Wacko Jacko's personal belongings that went on the auction block: an MTV music award for "We Are the World" went for $16,000; a be-glittered jacket sold for $19,000, and a letter from Marlon Brando to the King of Pop garnered $1,600. One shocker: a platinum record for his hit song "Billie Jean" went for a measly 100 bucks. Jackson's a thriller no more!

Universal Express, which acquired the items for around $5 million, expects to hold a second auction of King of Pop-related items later this year.