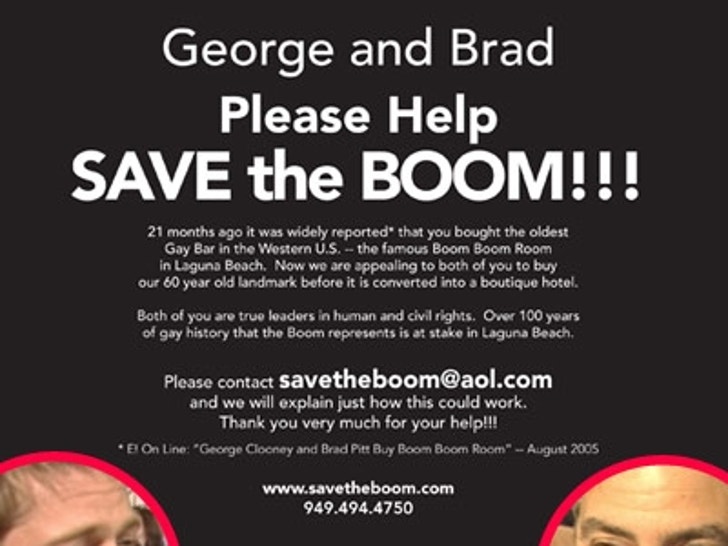 Known for their goodwill efforts in poverty-ravaged parts of the world like Darfur, Brad Pitt and George Clooney are now being asked to come to the aid of a slightly less disenfranchised group -- Laguna Beach gays! 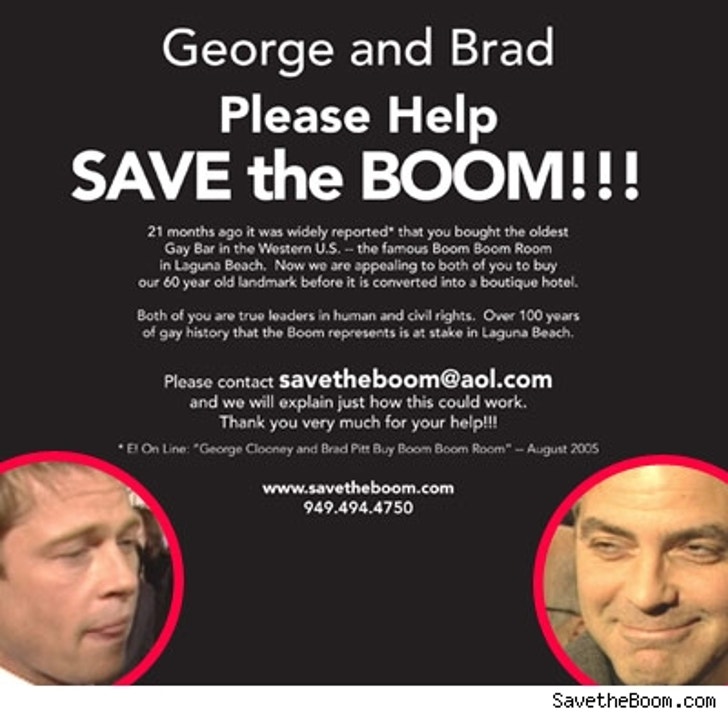 The Boom Boom Room, a popular Laguna Beach, Calif. gay bar for over 60 years, was sold to a Beverly Hills billionaire two years ago for over $12 million. That's a lot of cosmos! In 2005, Pitt & Clooney were incorrectly labeled as co-investors in the bar, whose rightful owners were planning on turning into yet another upscale (and undoubtedly hetero) oceanfront hotel. The Heche Hilton! With those plans now scrapped, the bar (which is scheduled to stay open until Labor Day) is back on the market and a grassroots organization is appealing to the Hollywood hunks to help Save the Boom!

To make sure they get the message, TMZ has exclusively obtained the ad Save the Boom is running in Monday's Variety, which hopes to persuade Brad and George to "buy our 60-year-old landmark before it is converted into a boutique hotel." And homophobes say gays are the ones doing all the converting?!

Will Brad and Clooney take the bait...or just Stonewall it? 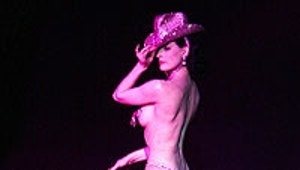