Flashing some of that legendary chest hair, David Hasselhoff emerged from a Los Angeles County Superior Court, visibly excited about what happened in front of the judge a short while ago, but unable to talk about it per the judge's order. Instead, he did what any star with a major TV show debuting tomorrow night would do -- he plugged like champion! 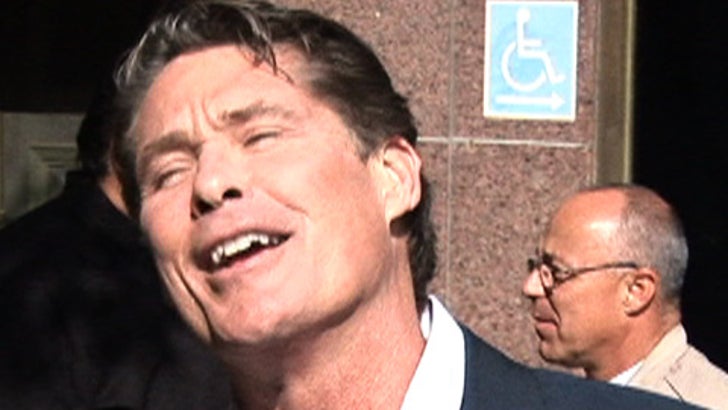 The "America's Got Talent" judge started by expressing his unbridled excitement for the new season of "AGT" (which debuts tomorrow night on NBC), before masterfully slipping in a plug for his new book, "Don't Hassle the Hoff," which he'll be signing tomorrow in NYC. This guy is slick!

Hoff is due back in court June 15 to continue the hearing ... and if you can't get enough of The Hoff, "America's Got Talent" premieres Tuesday night on NBC.