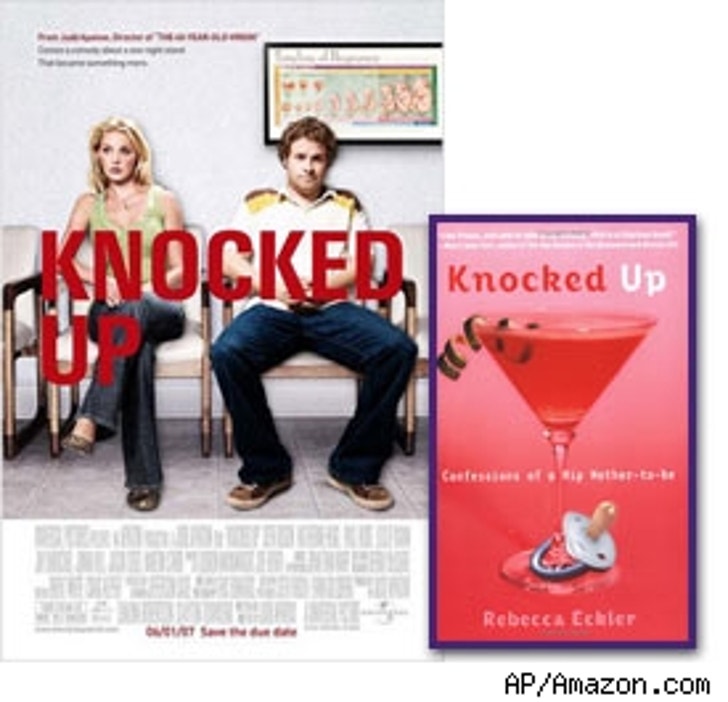 A Canadian author is suing Universal Pictures and director Judd Apatow (who directed "40-Year-Old Virgin"), alleging that the story for the hit movie "Knocked Up" was taken directly from her book of the same name.

Rebecca Eckler claims that she shopped around her 2004 book to be made into a movie. In the middle of the process, she learned of the Apatow project. The script that was making the rounds, she alleges, had a picture of a martini glass with a pacifier around the stem -- the same as on the cover of her book.

Eckler, who told her tale in this month's Maclean's magazine, cites other similarities -- including the fact that the Katherine Heigl character is an up-and-coming television reporter, and the main character in Eckler's book is an up-and-coming newspaper reporter. She also says that the movie and book have a secondary female character in common -- the person that both main characters go to for advice -- and that both of the secondary characters have screaming children.

The lawsuit was filed in a federal court in January, alleging copyright infringement and seeking unspecified damages.

Judd Apatow, through his reps, released this statement: "The book 'Knocked Up' is very different than the film 'Knocked Up.' The book is about a woman who gets pregnant by the fiance that she loves on the night of her engagement party. The film is a very different story; the film is about a one-night stand between a pot smoking slacker and an ambitious young woman that leads to a pregnancy and their attempts to get to know each other. Anyone who reads the book and sees the movie will instantly know that they are two very different stories about a common experience."