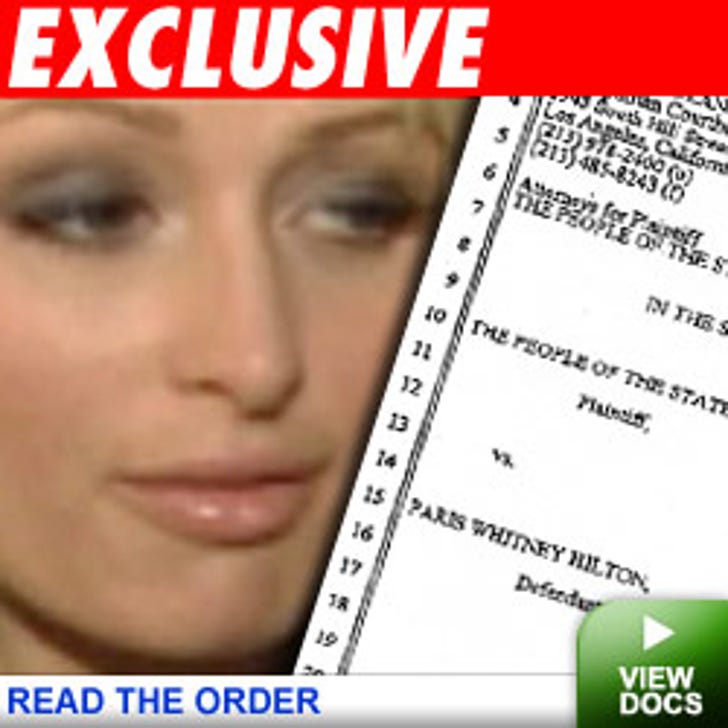 The Los Angeles City Attorney has filed a motion asking the judge who sentenced Paris Hilton to have her returned to jail to serve out her full sentence.

In the documents obtained by TMZ, City Attorney Rocky Delgadillo is also asking Judge Michael Sauer to hold a hearing, demanding that the Sheriff's Department show why it should not be held in contempt of court for violating Judge Sauer's May 4, 2007 order, which expressly stated "no electronic monitoring."

Late this afternoon, the judge granted the request for a hearing, which is now scheduled for 9:00 AM PDT tomorrow.