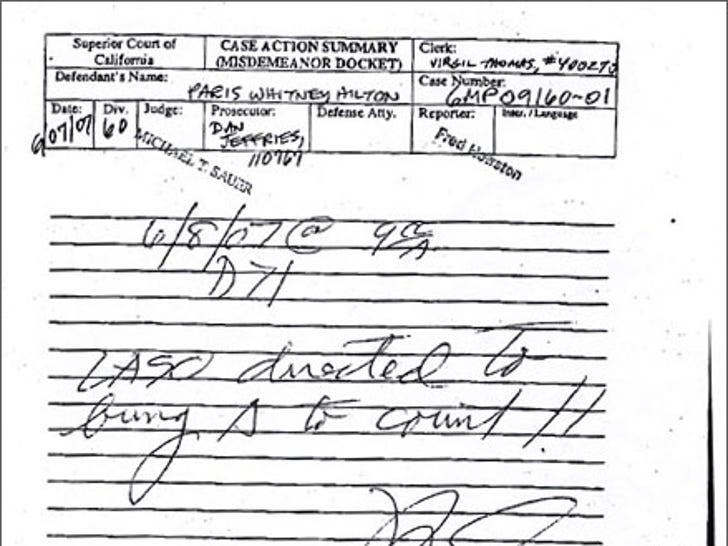 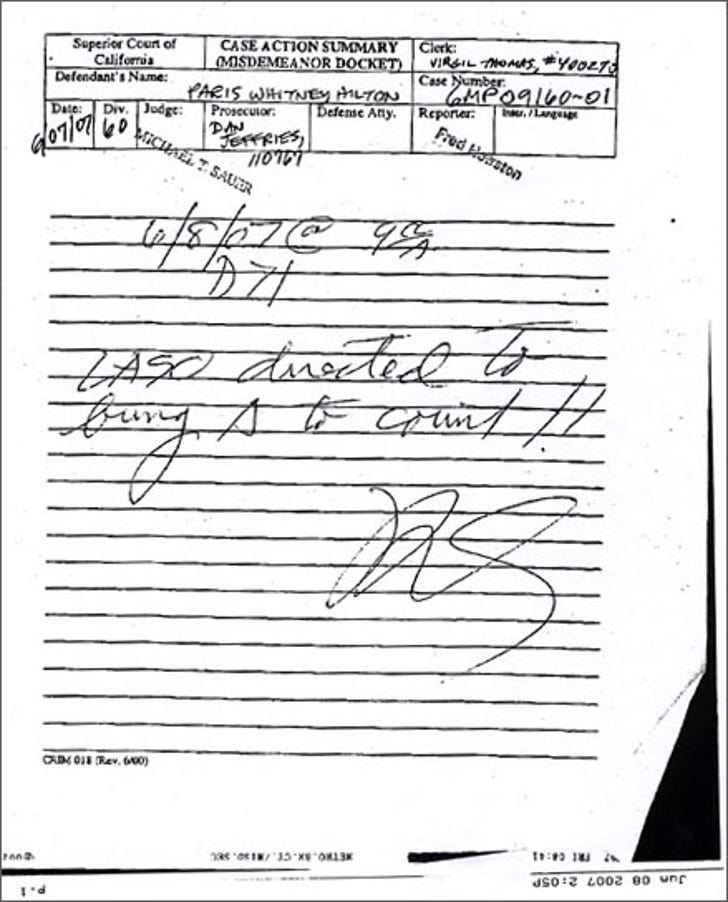 In big, bold strokes, the judge scrawled his order, demanding that the Sheriff's Department bring Paris to court. TMZ first reported that the Sheriff refused to cooperate, on grounds the judge did not have jurisdiction.

Too much coffee, your honor.