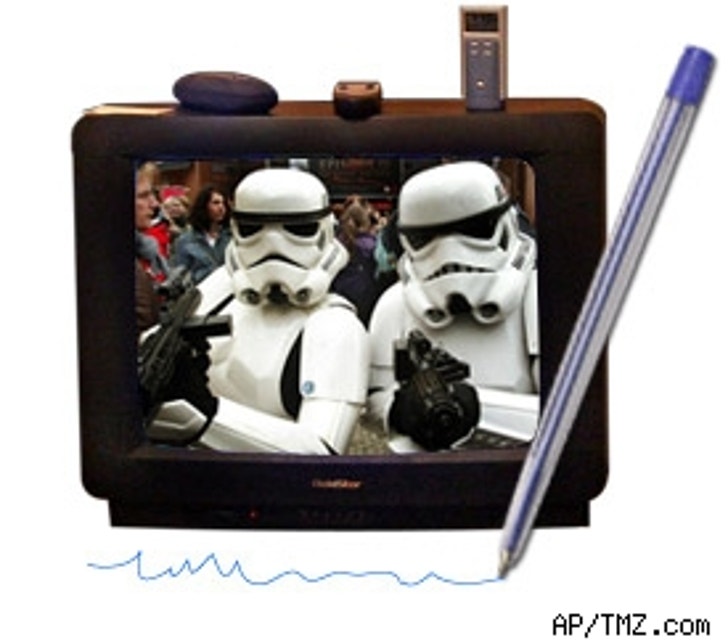 Still a little upset with the Jar Jar Binks debacle? Think you know what happened between the time Anakin became Vader and Luke met Obi Wan in the desert? If the idea of expanding that far, far away galaxy is a lifelong dream of yours, you might want to grab your iBook and get on your speeder bike and hurry on down to Santa Monica.

A TMZ spy informs us that the Star Wars camp is in Santa Monica interviewing writers for their upcoming live action Star Wars TV movies. Some of the writers already under consideration have written for "Lost" and "Heroes." The show will cover the 19-year span between "Star Wars: Revenge of the Sith" and "Star Wars: A New Hope." The new show will focus on minor characters in the Star Wars universe, so don't expect them to dwell on Luke Skywalker's terrible twos.

If you do secure an audience with Mr. Lucas, may the force be with you.