John Mayer played two sold out shows at the Hollywood Bowl this weekend and celebrated on Saturday night by throwing himself an after-party in Hollywood -- attended by some highly eligible bachelorettes. 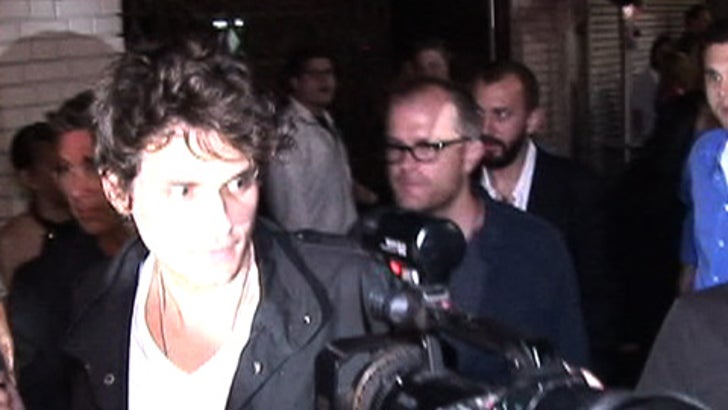 Turns out John is a huge "Heroes" fan, so Hayden Panettiere was among the celebs that hit up trendy restaurant Parc. Shakira and Penelope Cruz sent flashbulbs off when they arrived together -- mucho caliente! Rumer Willis, DJ Qualls and Taryn Manning were among the party guests.

While Mayer was silent on the way in, he was a little chatty on the way out. When asked about the night's festivities, John replied, "A lot of learning in there tonight, a lot of sharing."