The Beatles didn't even have it this bad. 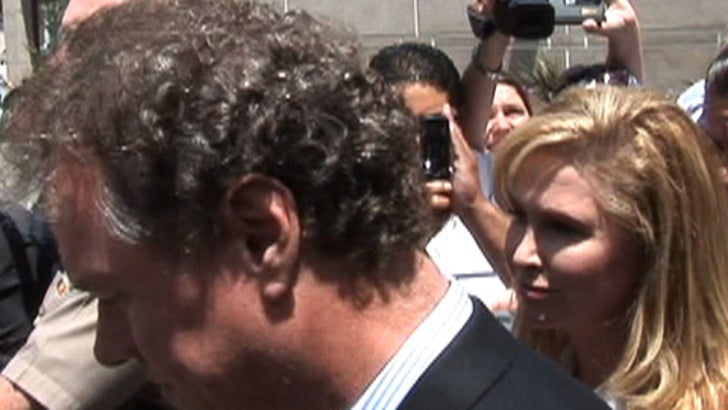 The entire paparazzi nation turned up at the entrance of Twin Towers Correctional Facility today to cover visitation day -- one of two days during the week when Paris Hilton is allowed to spend free time with two people. This time, Paris' parents, Rick and Kathy, made the trip -- and all hell broke loose!

The photo-happy crowd swarmed the Hiltons, who were surrounded by uniformed, gun-toting officers as they attempted to leave the building. While Rick stayed silent while people fired question after Paris-related question, Kathy chatted it up with the snappers, and told TMZ's camera, "It is what it is."

Paris' next set of visitors will be allowed on Sunday. Expect the circus to return as well.