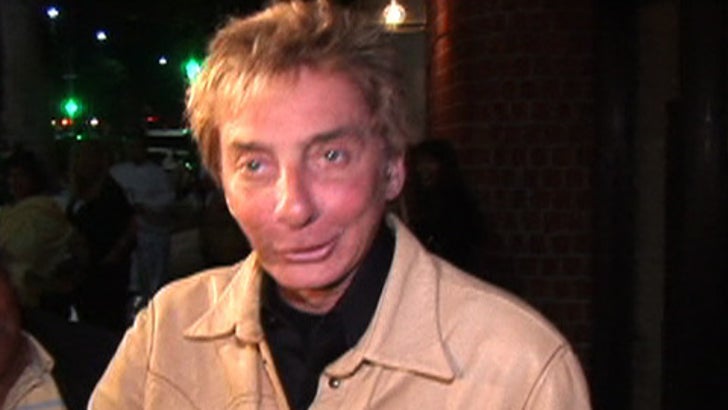 TMZ caught the Copacabana singer leaving Mr. Chow last night, signing autographs and posing for photos. When one guy put an old Manilow album cover in front of him, the guy who writes the songs quipped, "Oh you just ran home ... to your grandmother's house to get that!" How can you not love this guy?!

On the opposite end of the machismo spectrum, Iron Mike Tyson and Sugar Ray Leonard also hit Chow's place for some grub last night.

Meanwhile, at Joseph's in Hollywood, Alfonso Ribeiro and Wilmer Valderrama partied with a pantied-up Britney Spears.

All this and more in today's "dress cut down to there" edition of Star Catcher. 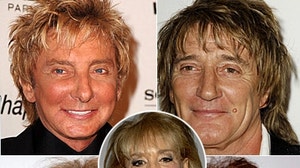