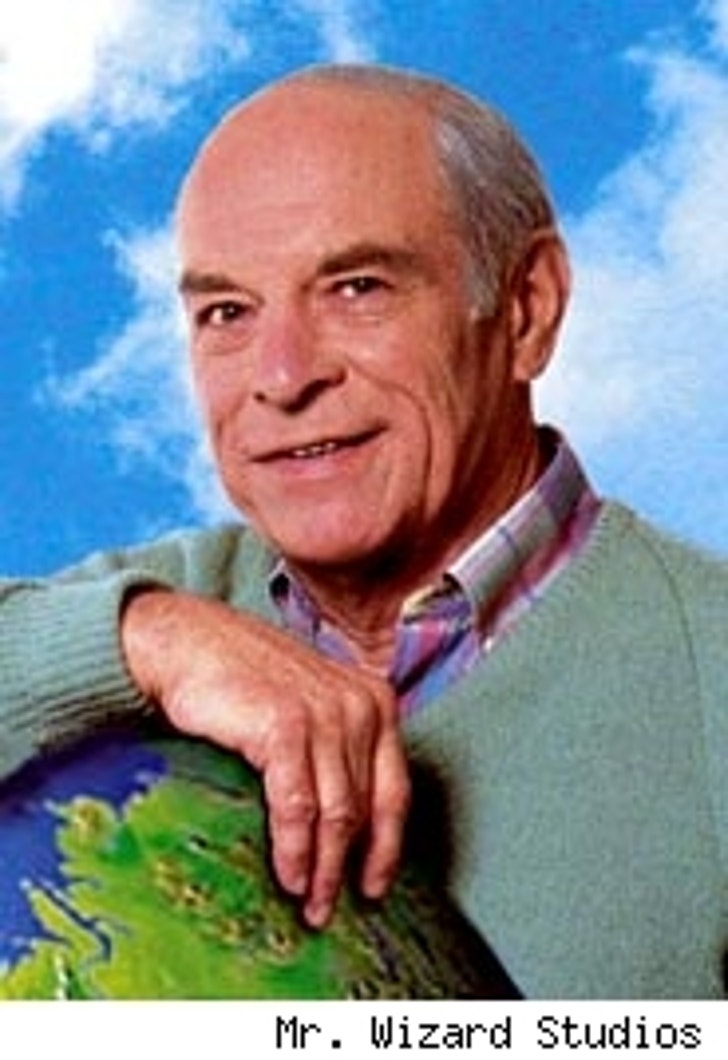 In the earliest days of TV, Herbert turned the idiot box into a science classroom that every child -- and plenty of adults -- could love and learn from. "Watch Mr. Wizard" ran from 1951 to 1964, but Mr. Wizard lived on well beyond that, through the 1980s, when "Mr. Wizard's World" ran on Nickelodeon. "The show today might seem slow, but it was in-depth and forced you to think along," said Steve Jacobs, a former on-air sidekick, to the AP. Herbert was also one of the first guests on David Letterman's NBC show.

The cause of death was bone cancer, said his son-in-law, Tom Nikosey.