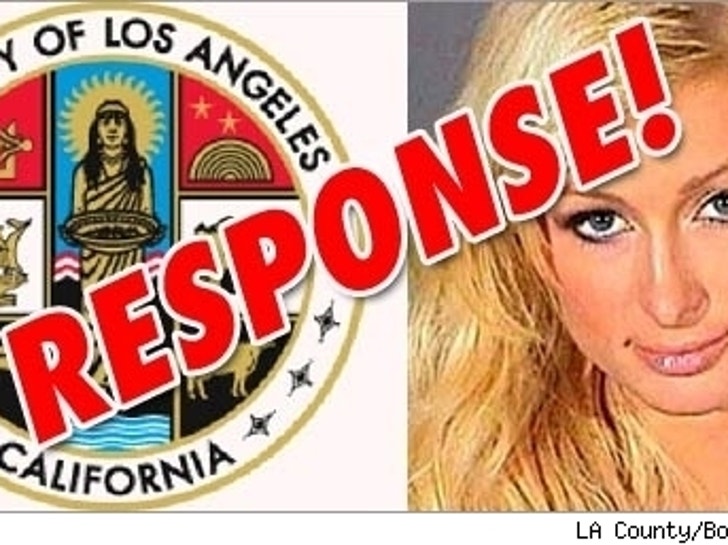 A TMZ user fired off an e-mail to the Los Angeles County Board of Supervisors, complaining re: Paris, "Money talks, regular folks stay locked up." Here's the response he got from the Sups: 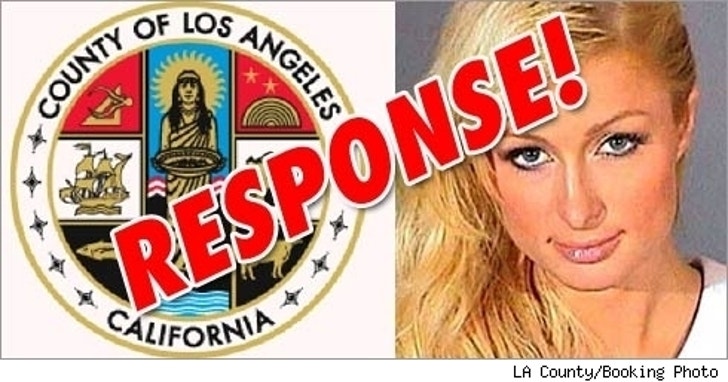 "Thank you for your note regarding Paris Hilton. We have received thousands of e-mails from members of the public on this matter. Please know that the Board of Supervisors shares your concerns and has asked Sheriff Lee Baca to make a public report next Tuesday, June 19. The Sheriff has been asked to provide the reasons for the premature release of Paris Hilton from the Sheriff's Century Regional Detention Facility, including the reasons for not placing her in an appropriate medical facility such as the jail ward of the LAC+USC Medical Center. As you may know, the Sheriff is an elected official, so the Board of Supervisors has limited authority over that department."