She doesn't have the raw glamor of a waifish Olsen twin, but Jodie Sweetin busted out her best leopard top for a stop at Area last night in Hollywood. Hey Steph! 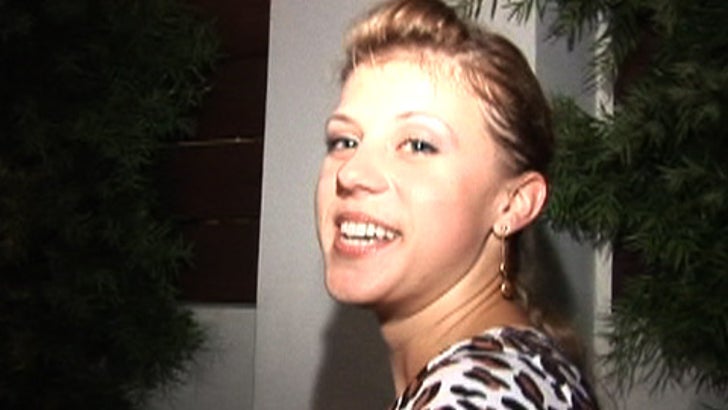 The child star/former meth addict looked peachy and fresh-faced as she told our cameras that she was "working on a new series ... and a couple of other things." She's back! She most recently appeared in the critically acclaimed "Pants-Off Dance Off" strip-to-a-video show on FUSE TV.