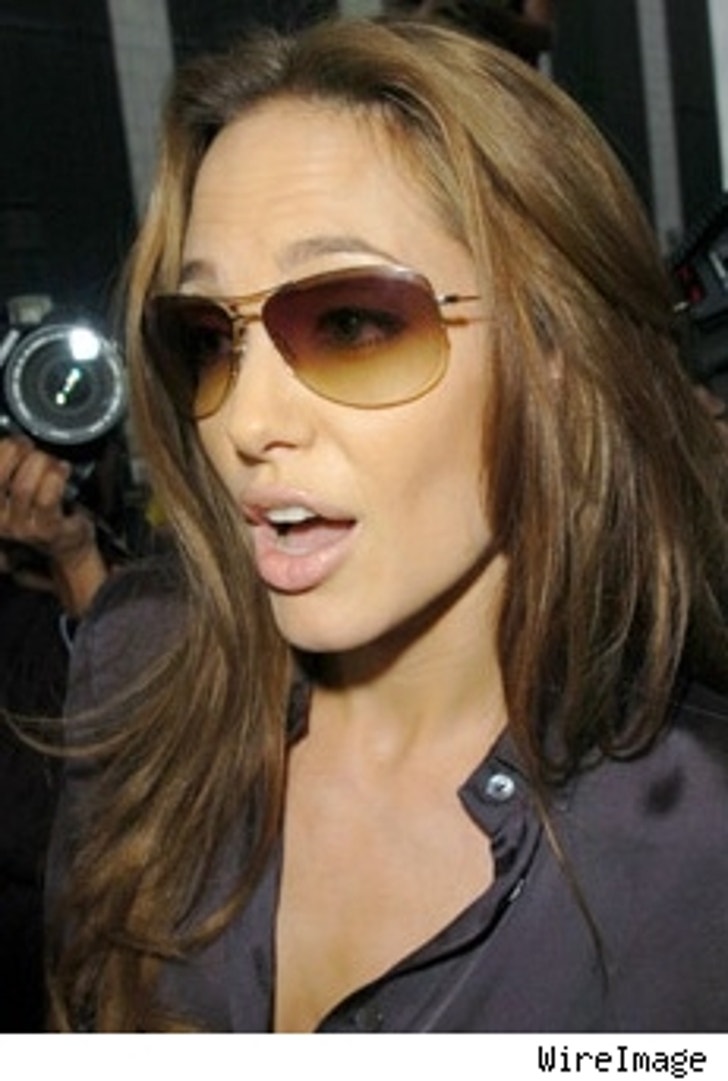 Angelina Jolie apologized up and down Manhattan last week for the muzzle she tried to slap on the media -- but was that just a lot of hot air?

Page Six reports that even though Angie lifted a ban on FOX News and blamed that infamously "excessive" document on her reps, she still banned Us Weekly and Life & Style, among other celeb glossies, from talking to her at last Friday's press junket for "A Mighty Heart." Only OK! and People were allowed, the latter of which has reportedly paid Jolie big bucks for photos.

Meanwhile, Angie may be none too happy that her baby daddy's mom -- Jane Pitt -- is visiting Brad's ex, Jennifer Aniston. The two were spotted Sunday afternoon at Jen's beach house, and their relationship rankles Jolie: "She doesn't like that Brad's mom is still close with Jen and is threatened by that," says a Page Six source.

Elisabeth to Rosie – So Long, Beeyatch 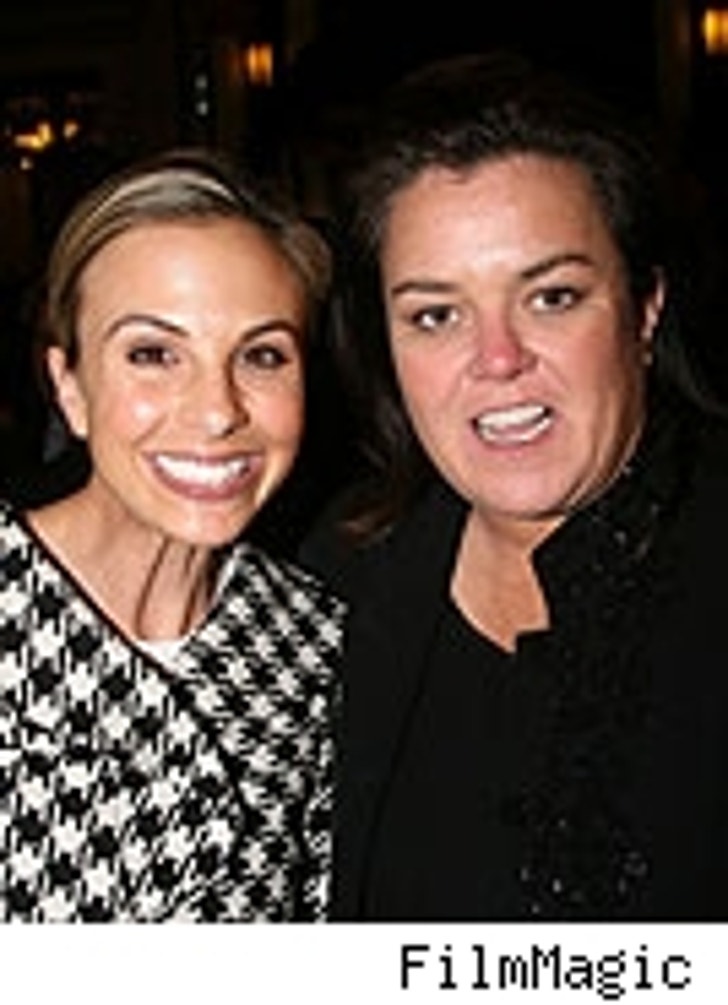 Elisabeth Hasselbeck says that she and Rosie aren't friends anymore, and that it was Rosie who killed what was left of their friendship by video blog.

Hasselbeck says in an interview with "Access Hollywood" that she and Ro had a "true friendship" despite their totally divergent politics, but after Rosie blabbed that she had tried hard -- but failed -- to keep their friendship going, she turned her back, too.

Meanwhile, Rosie went after all the usual suspects on her stop in New York City for the True Colors tour, says Gatecrasher, calling Larry King a "human toad" for an interview with Donald Trump where Trump bashed her, and added that even though she really wants the "Price is Right" job, CBS suits say, "No, we want the weatherman." Could she be giving away the fact that Dave Price will take Bob Barker's place? Stay tuned. 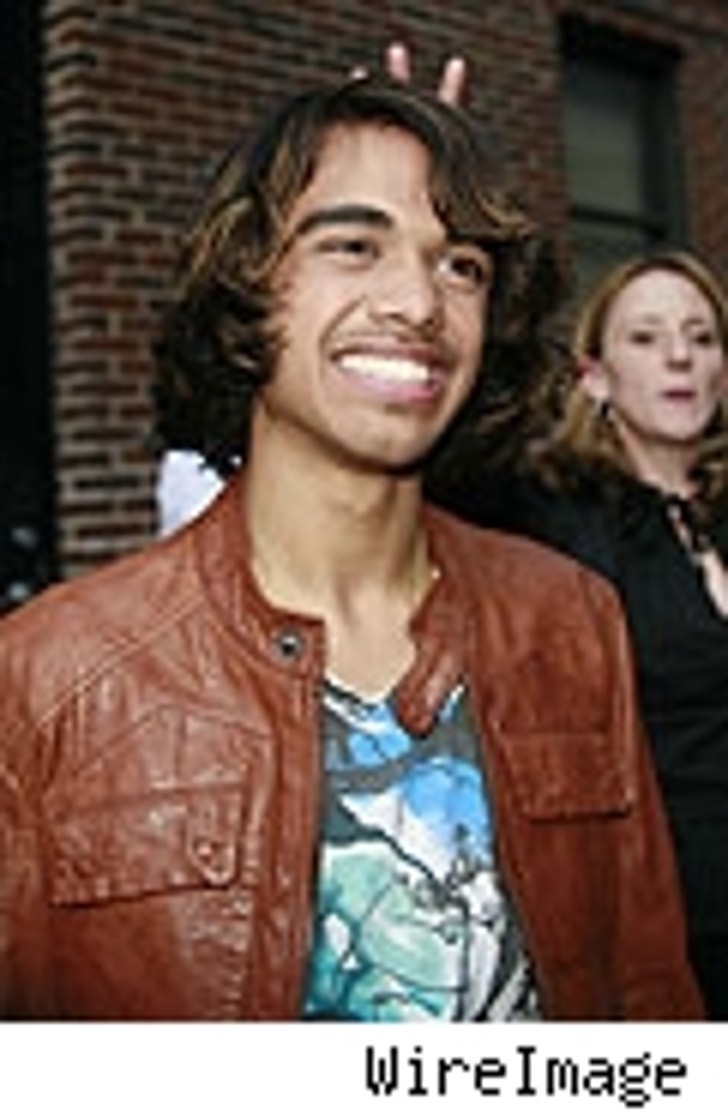 Sanjaya Malakar -- remember him? -- still thinks he's got a future in showbiz, but is trying to downplay any possibility that his hot sister, Shyamali, might make hay (and coin) by showing off her more marketable assets in a nude magazine spread, Rush & Molloy report. "She was never the type to flaunt it," says Sanjy, who seems to have forgotten her jiggle-icious appearances in the "American Idol" audience. As for Sanjaya himself, he says, "My first objective is to legitimize my music, then do modeling and acting." Don't stop believin', Sanjy.

Prince is staying at Hollywood's Roosevelt Hotel -- for seven shows starting this Saturday -- and only 200 people are getting in each night to see His Purpleness at the Blossom Room. ... Tom Cruise may get a Golden Globe in perpetuity now that his pal Dan Snyder, owner of the Washington Redskins, has bought Dick Clark Productions for $175 million. DCP, of course, produces the Golden Globe telecast, and as FOX News observes, is not unsusceptible to being swayed by external influences. ... Want to know how to pick up Fergie? Tell her she's "hot," which is what Josh Duhamel did, he says, the first time he met her, he tells Best Life magazine (via People). ... George Clooney tells the Los Angeles Times that he's using his fame like a credit card, and he's binge-spending on making people aware of the genocide in Darfur ... And if you're wondering -- yes, we got the Party started this morning without Paris, but she did tell TMZ yesterday that she's being treated just like any other inmate in jail, and that she's reading a lot of "fan mail." ...