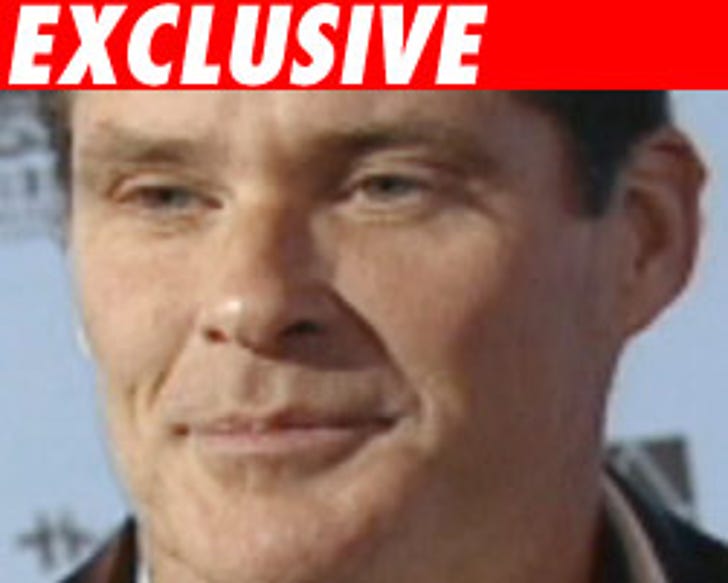 David Hasselhoff is raging over a tabloid report that he was a raging drunk on the night he won legal custody of his two daughters -- and now he's sending a strong message to the paper: Apologize or I'll take your ass to court!

In an exclusive statement to TMZ, Hoff's publicist, Judy Katz, says that Hoff wants a "prominent apology from 'The Sun' tabloid over an article titled 'David's Back on the Sway.'" The article, which has since been removed from its website, claims that Dave celebrated his court victory by "getting completely plastered" at Les Deux nightclub in Hollywood.

According to the statement, "Mr. Hasselhoff emphatically denies the allegations," adding that if he doesn't get a heartfelt apology soon, "proceedings will begin next week in London's High Court for defamation of character, and there will be a Jury Trial in 2008, at which time he looks forward to clearing his name."