50 Cent went in 'da court all surly, but came out lookin' like it was his birthday. 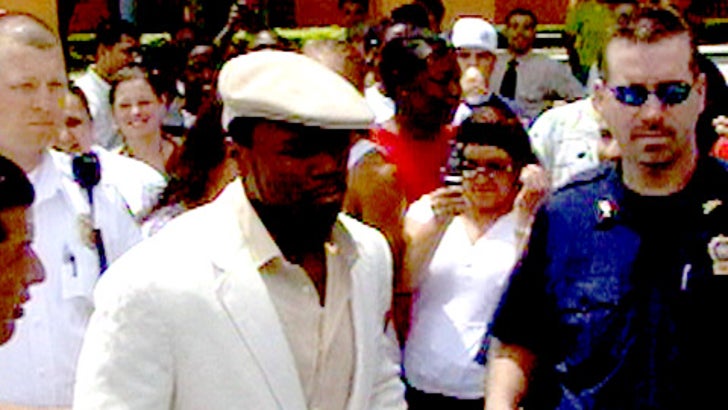 The rapper arrived at Suffolk County Family Court for a child support hearing with his baby mama Shaniqua Tompkins, and growled at a cameraman, "Get the f**k out of my face" on his way in.

But a couple hours later, it was a completely different story. Fitty strutted his way out all smiles, stopping to soak in the love of fans who had waited outside a courthouse to get a glimpse of his Centness. Of course, he wouldn't deign to give an autograph to a young fan, because, as he put it, "If i give you one, I have to give 'em all one." Because he might be detained for five minutes or so, you know?

Lawyers for both sides were tight-lipped about what happened in court, but by the looks of Shaniqua's sullen, heavily-protected exit, it didn't seem like she was on her way to sip Bacardi.