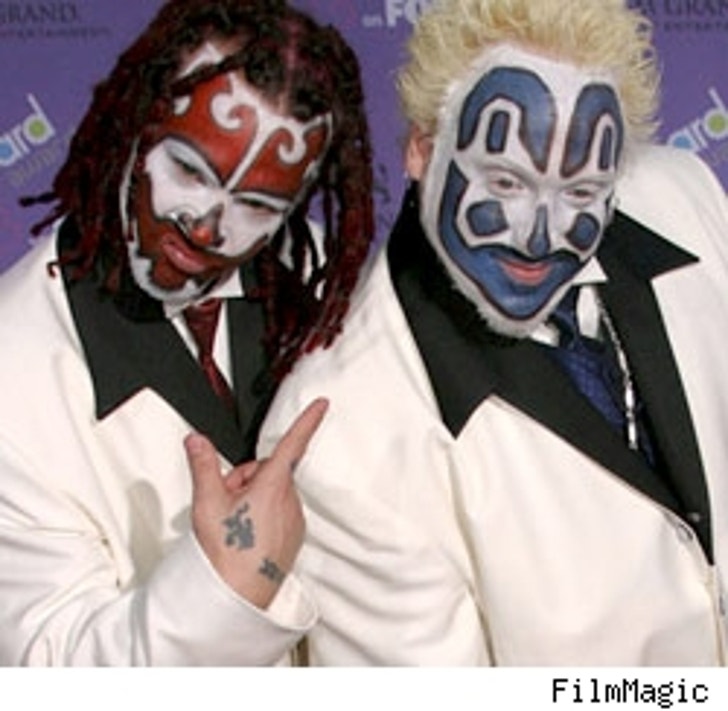 When word leaked this week that Insane Clown Posse -- the band Blender magazine named "Worst Band Ever" -- were beginning work on their second feature film, people worldwide asked the same question: "Who in the hell saw their FIRST movie?" Well, apparently, a lot.

Their first film, "Big Money Hustlas," just qualified platinum on DVD. Turns out these guys have 3 platinum and 5 gold awards to their credit -- and they're keeping all that money to themselves, via their own aptly-named Psychopathic Records label.

Maybe these jokers have figured out the same lesson that clowns like Paris, Lindsey and Britney have already learned ... that "Haterade" can get you paid!