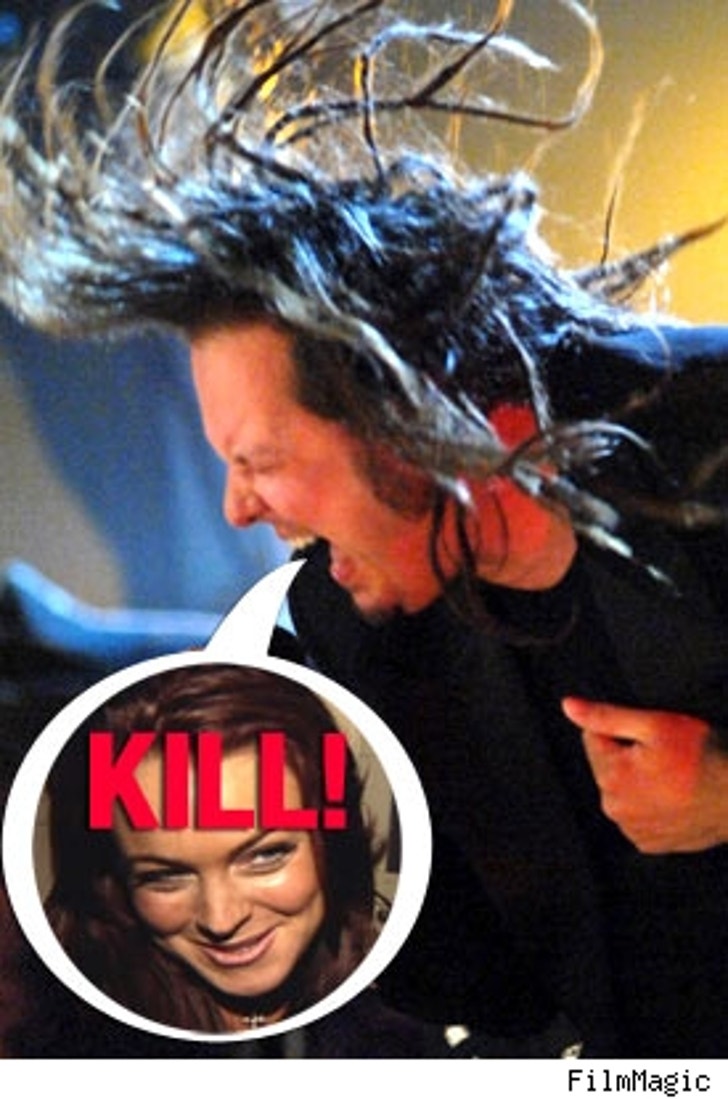 If given a choice, Korn's lead singer, Jonathan Davis, says he would rather kill Lindsay Lohan than Paris Hilton. Talk about being stuck between a rock and a hard place!

While Davis was only referring to who his victim of choice would be in a horror movie, he tells AOL Music that he'd rather off La Lohan because "at least she's hot and has an ass." Has or is? What's the difference, right?!

The metalhead father of three doesn't let Paris off easy. Regarding all the nonsense surrounding the heiress' prison term, Davis says, "Stupid! Just do your time and shut the f**k up!" Amen.