Flav has found a new "Flavor of Love" -- one of TMZ's cameramen! 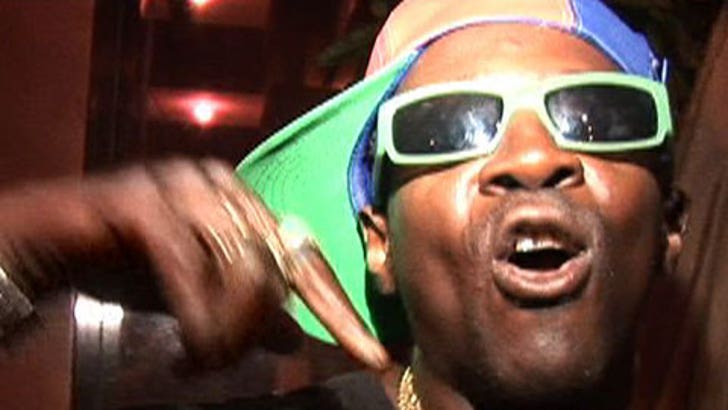 TMZ spotted the rapper-turned-reality star on the sidewalk outside of Crustacean on Saturday, where Flav showed off his rhyming skills for Jack the photog. "Jack be nimble, Jack be quick, Jack talk to Flavor, Jack got sick," rapped Flav, adding, "I love you Jack ... keep frosting Jack!"

Flav wasn't the only rapper out over the weekend -- with photogs catching Juicy J and DJ Paul of Three 6 Mafia, Heavy D, Fabolous and Biz Markie.

Also out this weekend were tatty Tommy Lee, Rob Thomas, former baller Rick Fox and former baller Ron Jeremy in L.A. -- the boys hitting up the Prince show at the Roosevelt Hotel -- and Eva Longoria, plus a "Die Hard"- promoting Justin Long in NYC.

All this and more in today's flavaful edition of Star Catcher.

Flavor Flav -- Bangin' in the Hamptons