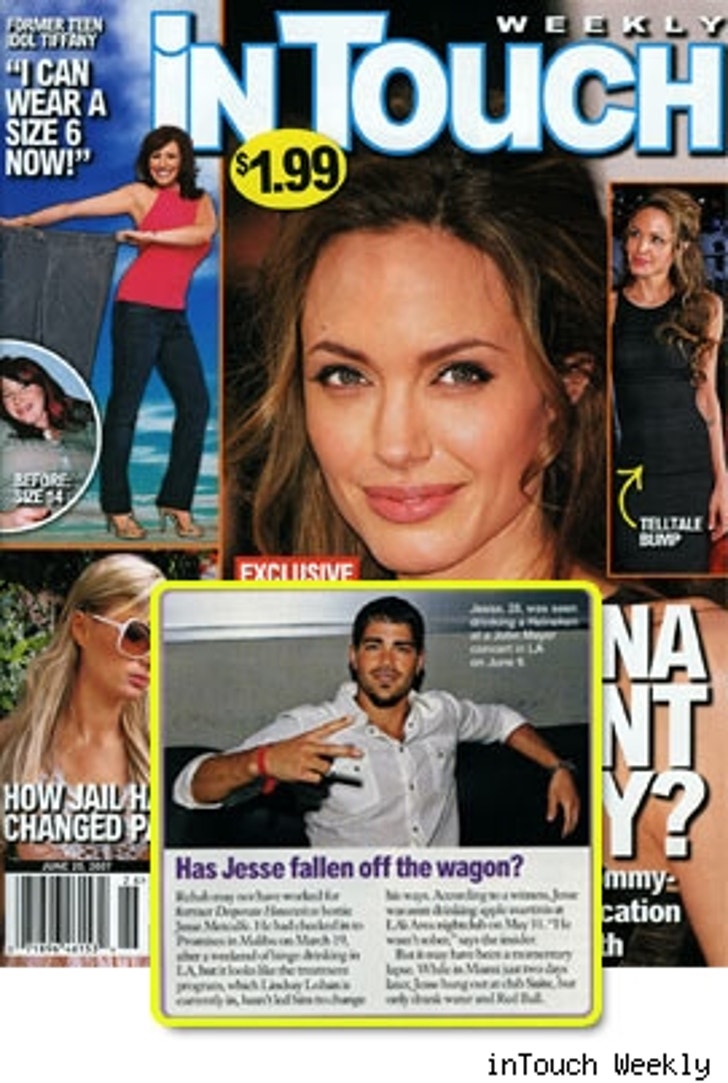 Jesse Metcalfe and his lawyers are raising more than a well-plucked eyebrow over an In Touch article alleging that the star fell off the wagon -- they're threatening to raise legal hell for the mag and its owner.

TMZ has obtained a scathing letter to In Touch and parent Bauer Publishing, penned by powerhouse attorney Marty Singer, in which he calls their piece about Metcalfe in last week's issue "completely false" and "fabricated." The mag reported that Metcalfe, recently out of rehab at Promises, was spotted at a John Mayer concert drinking a "Heineken" and that he was "not sober."

Singer calls the suggestion of Metcalfe's relapse "extremely damaging" and "extremely distressing," and says that the allegations could cost him jobs. So the lawyers are asking for an immediate and "appropriate retraction, correction, and apology," or face "substantial liability."

When contacted by TMZ, In Touch and Bauer Publishing said that it didn't comment on legal matters.