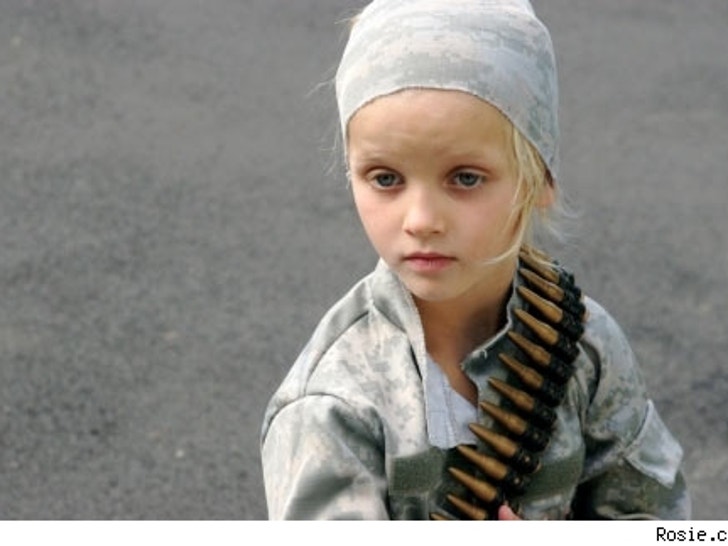 The strenuously anti-war Rosie O'Donnell just took her message to a completely different level, dressing her 4-year-old daughter Vivienne in an ammo belt and fatigues in a photo on the top of her blog at Rosie.com 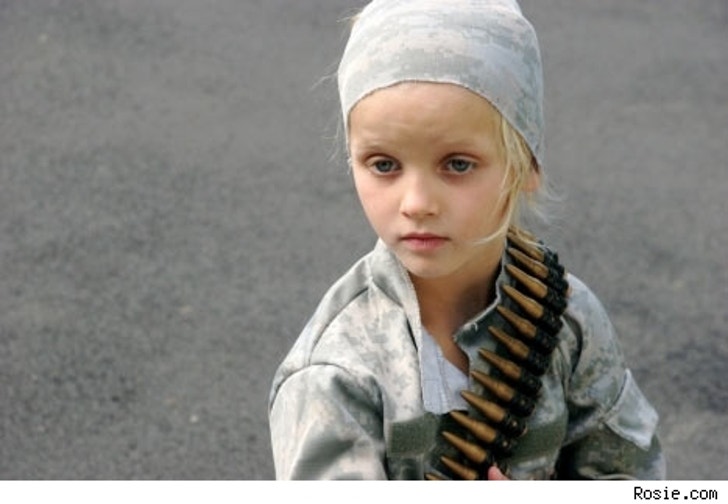 Rosie took flak from fans and foes alike, almost immediately after posting, but defended the choice in her usual defiantly minimalist way. "Art can't hurt u," she said to one foe who called her "sick," and replied, "Art provokes," to one fan who had begged her to take the picture down.