Janet Jackson's boo Jermaine Dupri camped out at Parc in Hollywood on Monday night. Dupri and entourage bickered about which set of wheels they were going to take -- then Dupree drove off in a white Bentley. 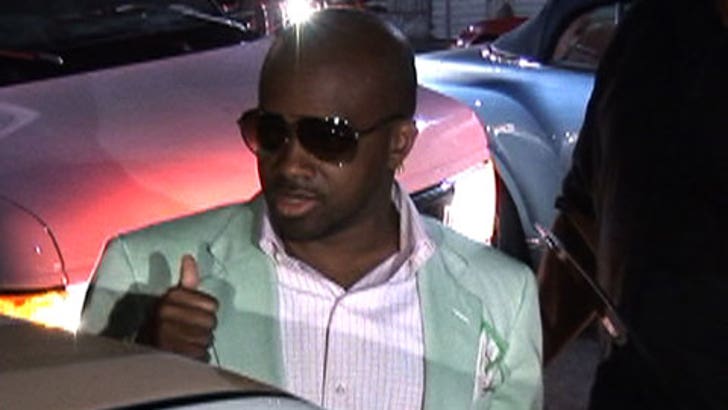 Soul singer Robin Thicke celebrated his two BET Award nods at BET's Boulevard 3 pre-party -- the trophy show airs live tonight at 8:00 PM EDT. Thicke then headed over to Parc -- getting a lift from buxom Kim Kardashian. Kim tapped away on her Sidekick -- a welcome home message to Paris?

A svelte Jack Osbourne shared an Italian meal at Il Sole with Kim Stewart, who's just back from pop Rod's June 16 nuptials in Italy.

T minus 7 and counting: Rubberband Man T.I. threw a CD release party at Republic in West Hollywood for the July 3 drop of his "T.I. vs. T.I.P." Tyrese and Omar Epps stopped by, along with champ Floyd Mayweather, boasting of his millions.