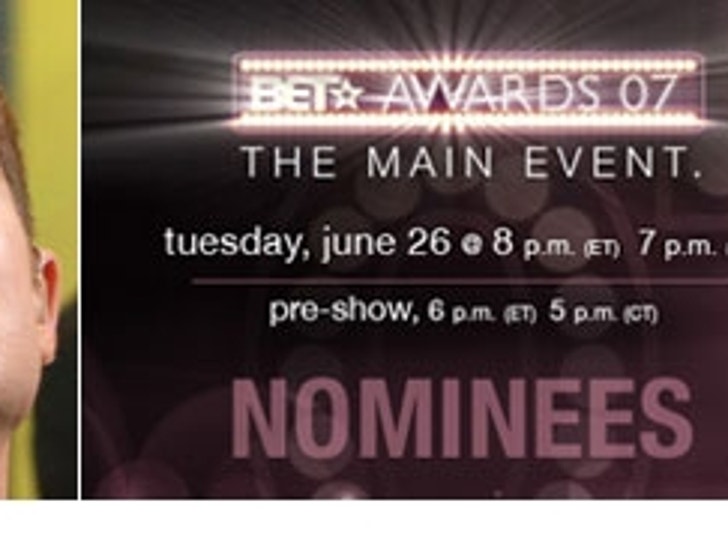 Hang on tight -- its about to get racial up in here. TMZ has learned that 2007 could be the first year that a white musician wins a Black Entertainment Television Award ... besides Michael Jackson.

Platinum-selling superstar Robin Thicke has been nominated for two BET Awards: Best Male R&B Artist, and his song "Lost Without You" is up for a Viewer's Choice Award. Only two other white artists have ever even been nominated for a BET Award -- Justin Timberlake and Eminem -- but neither of them took home the prize. Could Robin break down the BET color barrier?!

The competition is thick; Thicke is up against Akon, John Legend, Gerald Levert, and Ne-Yo for Best Male, and competing with Beyonce, Birdman & Lil' Wayne, Bow Wow featuring Chris Brown, Ciara and UNK for the Viewer's Choice.

The BET Awards will be live from The Shrine in Los Angeles, Tuesday, June 26.