It had to happen. It was inevitable. Gummi Bear blew up! 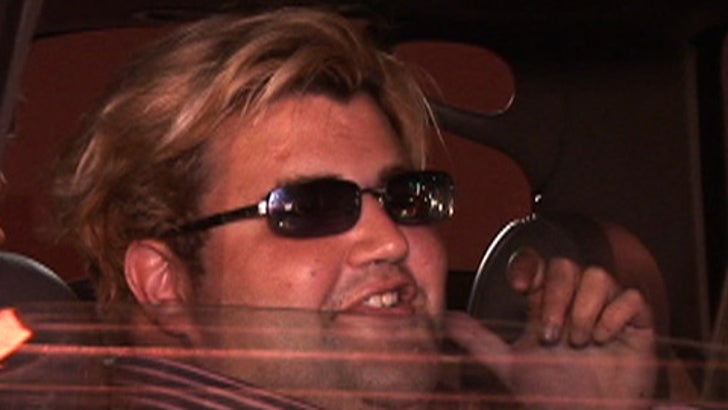 Gummi was stuffed into a white SUV (unbuckled) last night outside of Les Deux, where some mouthy dude in the backseat discouraged the once loquacious bear from speaking to TMZ's camera, saying, "He's sober now, he's doing his thing, we'll let you know what's up ... he's starting his own company ... he's employed." Oh please! Don't dummy-up the Gummi one!

TMZ has heard that producer David Weintraub, who brought the stellar "Sons of Hollywood" to the small screen, is going to do a gargantuan reality show based on the lush life of Gummi Bear. Living large! A cooking show would have been too expensive. Leave it to Gummi!

It's going to be very difficult for Gummi -- getting turned away from a club by yourself is one thing -- but having your entourage, bodyguards and personal camera crew denied -- that's cold!