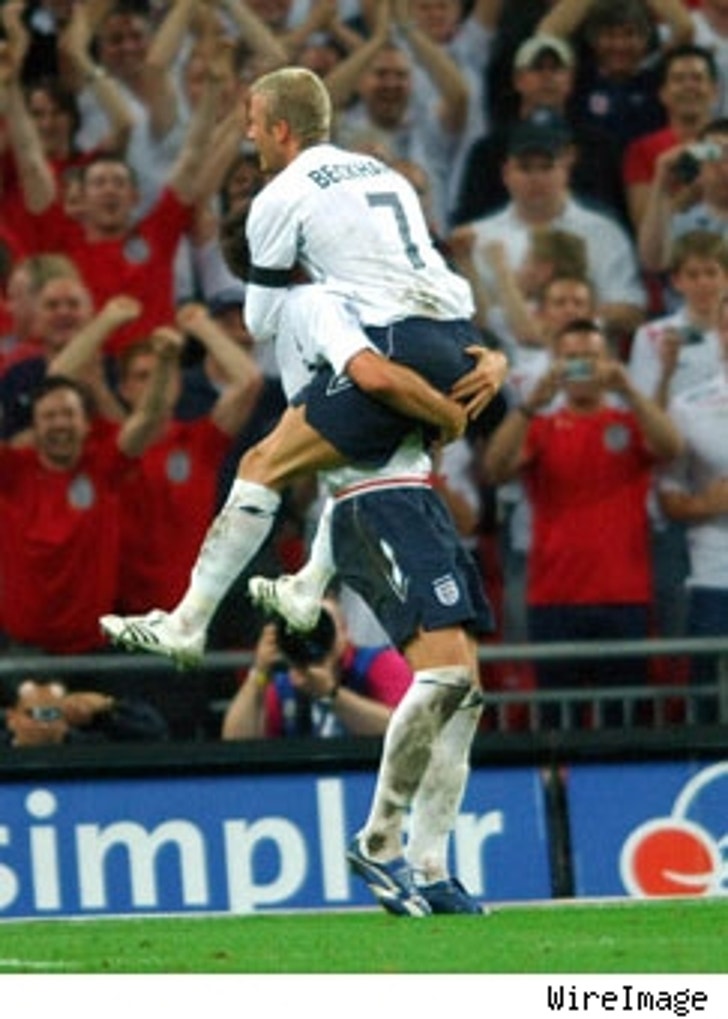 Pretty boy soccer star David Beckham isn't even playing for the L.A. Galaxy yet, but insiders are already saying that team members are sick of the circus-like atmosphere surrounding his arrival.

Between the rolled out red carpet and valet at the new VIP entrance at Home Depot Center, and the "posh" boxes that celebs like TomKat and JLo are expected to sit in -- the Galaxy has gone completely Hollywood.

BTW, if you're trying to get an uncensored peak at Beckham's family jewels, don't count on it. Rumor is Becks has a private changing area to keep cell phone snappers and prying eyes away, although Galaxy reps refused comment, saying only that "it's a private matter."

A rep for Beckham told TMZ he was unaware of any "special arrangements" the team is making prior to his arrival. As for celebs who will be taking in Becks' Galaxy debut, to his knowledge only NFL star Reggie Bush has RSVPd.