Corey Haim and Corey Feldman are back -- but not necessarily better than ever. 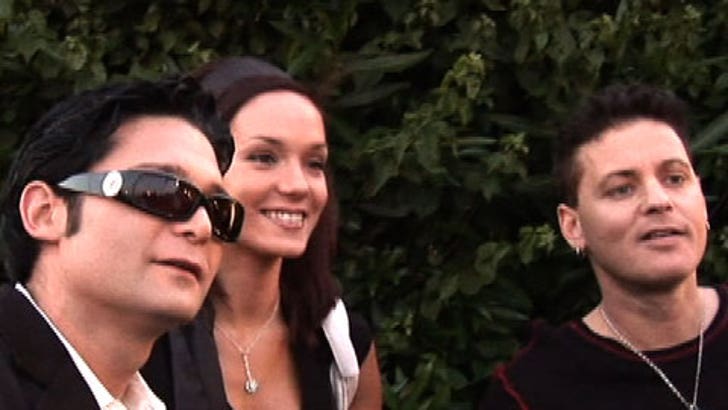 TMZ spotted the "Lost Boys" at the Madden NFL '08 party at Les Deux last night, and while we're happy they're still alive, the guys aren't looking exactly chipper. Sportin' a little too much hair dye and some overworked eyebrows, Haim was a bit jittery when talking to our photogs ... looking more like he'd rather make a fast getaway.

Another former teen idol, Backstreet Boy AJ McLean, was at the party too, where the recovering alcoholic said of Britney Spears, "I wish I could just sit her down and talk to her," as Amy Winehouse's "Rehab" ironically played in the background.