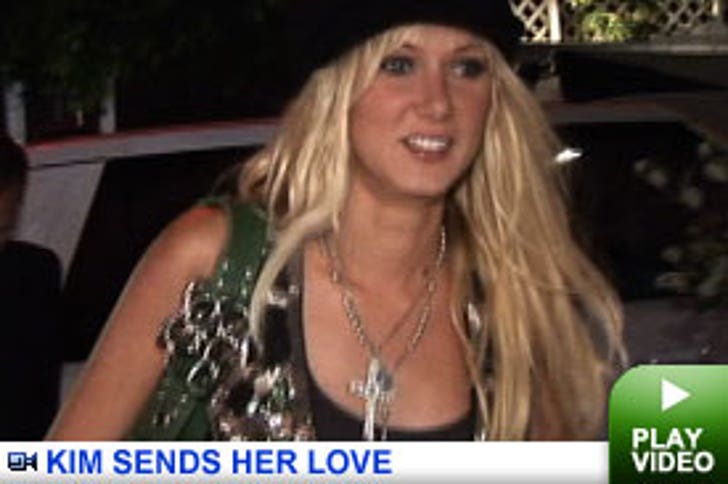 So I've had a pretty fun weekend. After recovering from my Pink Taco night, on Saturday I went to Allegra Versace's 21st birthday celebration. The party was organized by her mother, Donatella Versace. All of young Hollywood was there! I went with my sister, Ruby, my friend Liam and Jacky-O (Jack Osbourne). It was held at the Bar Marmont on Sunset, which by the way has amazing food -- they got a new chef and he's on fire!!! (NO JOKE). After I had some birthday cake I decided to go to my good friend Courtney Love's studio to meet her hot new bandmates. Hot is not even the word to explain these young British boys! This is by far the best album Courtney's ever done! Courtney will be playing the Roxy on July 17 and you can go to her official MySpace page to get tickets. I'm excited to see her in action again because she embodies everything that a true rock chick should!

Anyways, gotta run. Getting ready for a big 4th of July bash. Have an amazing day!