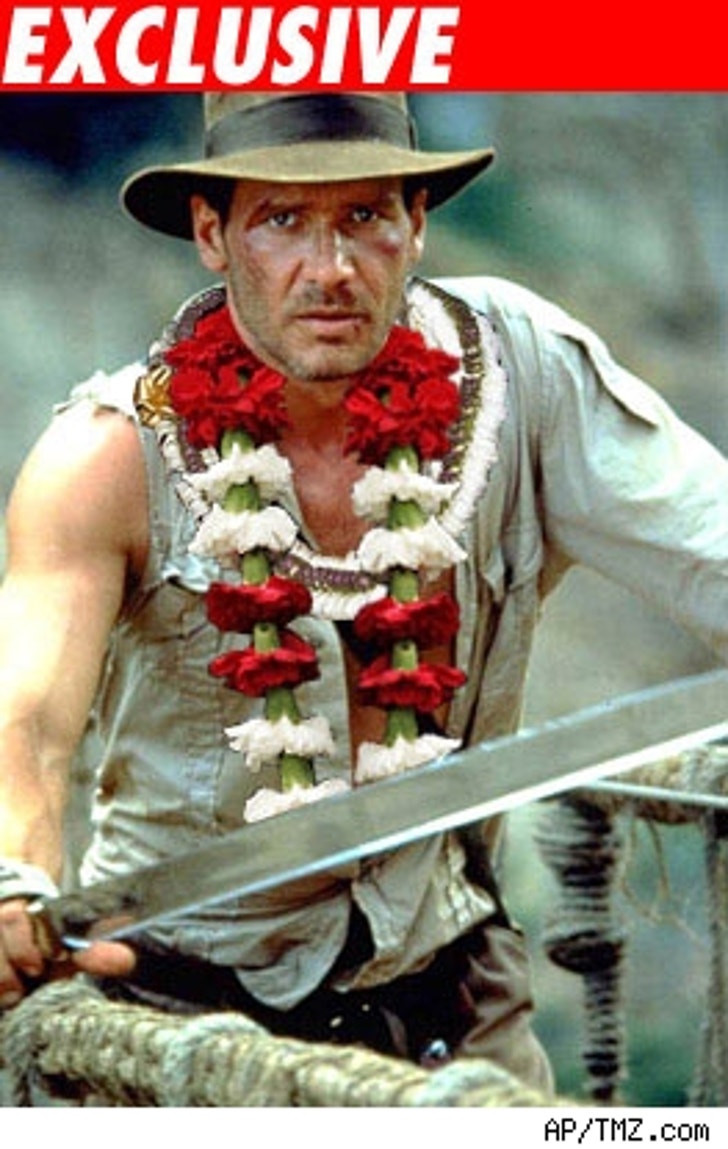 TMZ has learned that the new Indiana Jones movie is heading to Hawaii. Cowabunga!

Cast and crew, including Harrison Ford, Shia LaBeouf and new cast members Jim Broadbent and Cate Blanchett are currently shooting scenes at Yale in New Haven, Conn. (No time for love, Dr. Jones!) Production of the fourth Indiana Jones film has been shrouded in secrecy, but TMZ has learned that the production is expected to shift to the garden island of Kauai within a few weeks ... then it's back to Hollywood to film scenes on the back lot at Paramount.

Watch out for snakes!