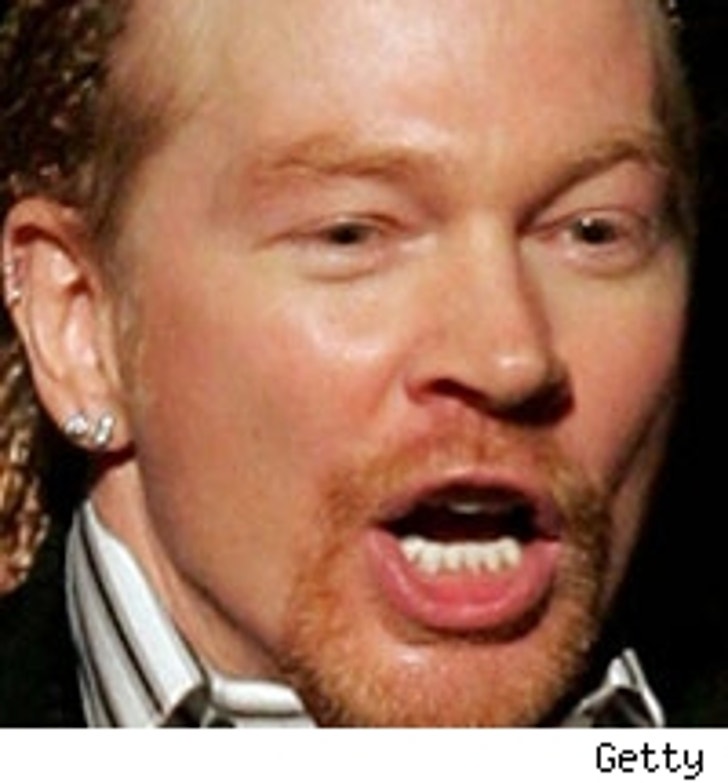 Axl Rose (memba him?) did not perform at Live Earth Rio and wants to make sure his remaining fan knows why!

In a ridiculous press release, the Guns N' Roses frontman whines about why he (or the band) did not perform at the Live Earth concert in Rio. Um ... cuz no one cares?!

Rose points out that he was not asked to perform at the benefit concert "until the last couple of weeks," and the band was already on tour in Australia and other "sold-out dates" in Japan. Really?! Then Axl says promoters and Al Gore himself (?!) asked Rose to perform with Lenny Kravitz, but Kravitz suddenly became injured and canceled. Fast thinking Lenny! Unbeknownst to Axl, Kravitz miraculously recovered and recommitted to the Rio concert. Rose states, "I was not informed that Lenny's performance was reconfirmed until our own explorations and in following the media surrounding the event today." Snap!

Rose finally states that he begged offered to play at nearby Live Earth events in Japan or Australia, "but the offer of our involvement was declined." Welcome to the jungle!