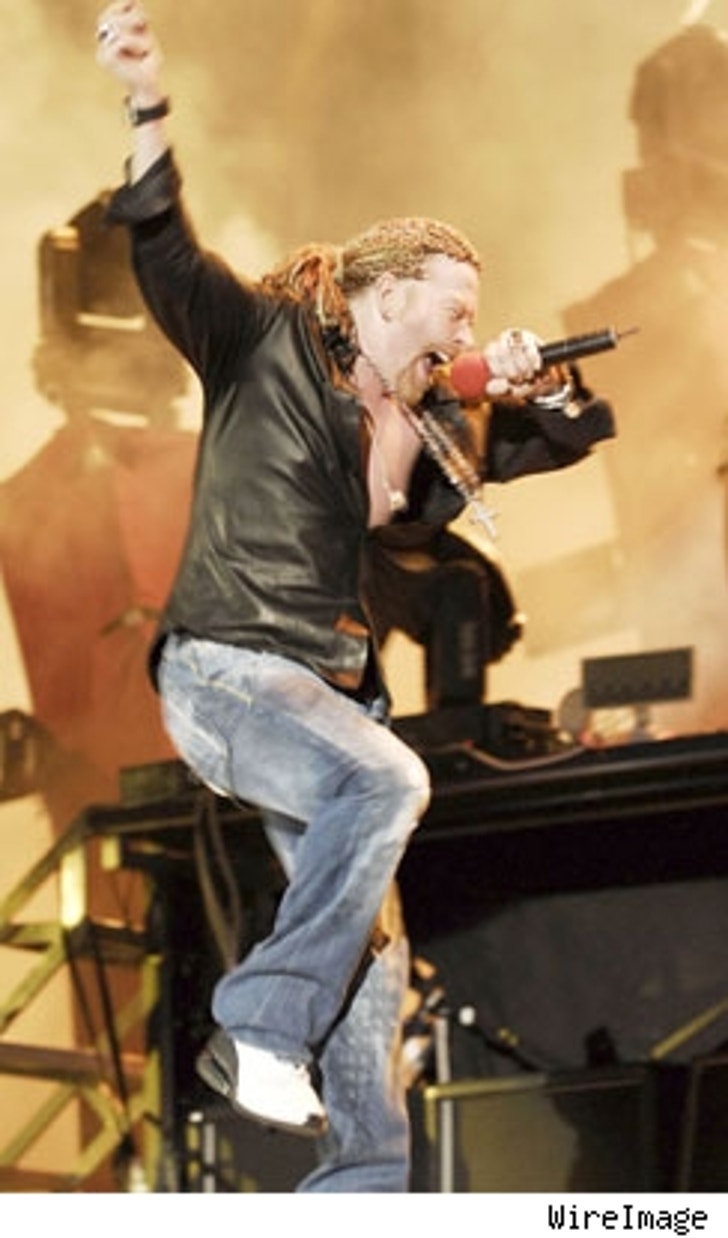 TMZ has obtained a lawsuit filed in a New Jersey court against the members of Guns N' Roses, claiming they have not paid the logistics company hired for their 2006 tour.

Starlift Logistics alleges they were hired to provide transportation and touring services for the band by Black Frog touring and LL Management -- both companies that arrange touring on behalf of Guns N' Roses. Starlift also supplies sets, stage production items and musical instruments.

According to the court document, founding member Axl Rose, and others owe Starlift over $107,000 in unpaid bills.

Attempts to reach a rep for Guns N' Roses was unsuccessful.