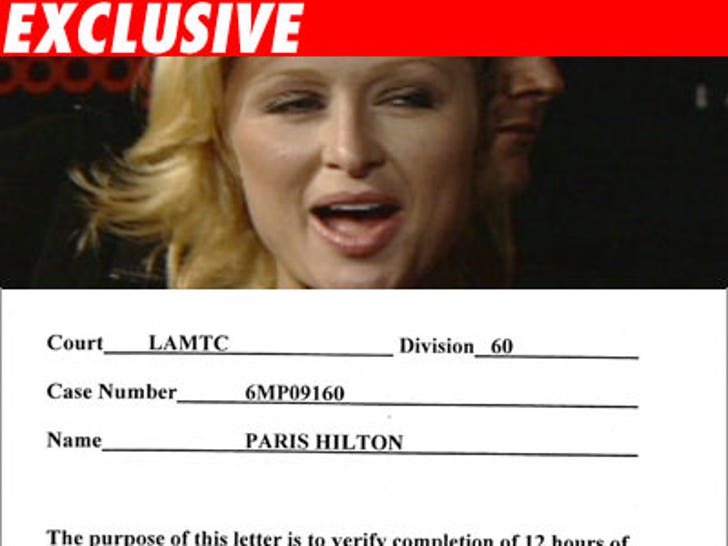 TMZ has exclusively obtained court documents signed by Hilton, proving that she completed her required substance abuse education classes on June 25 -- while she was still behind bars -- er, iron ones. She was released from Lynwood Jail at 12:01 AM on June 26. No hearts in her signature this time! 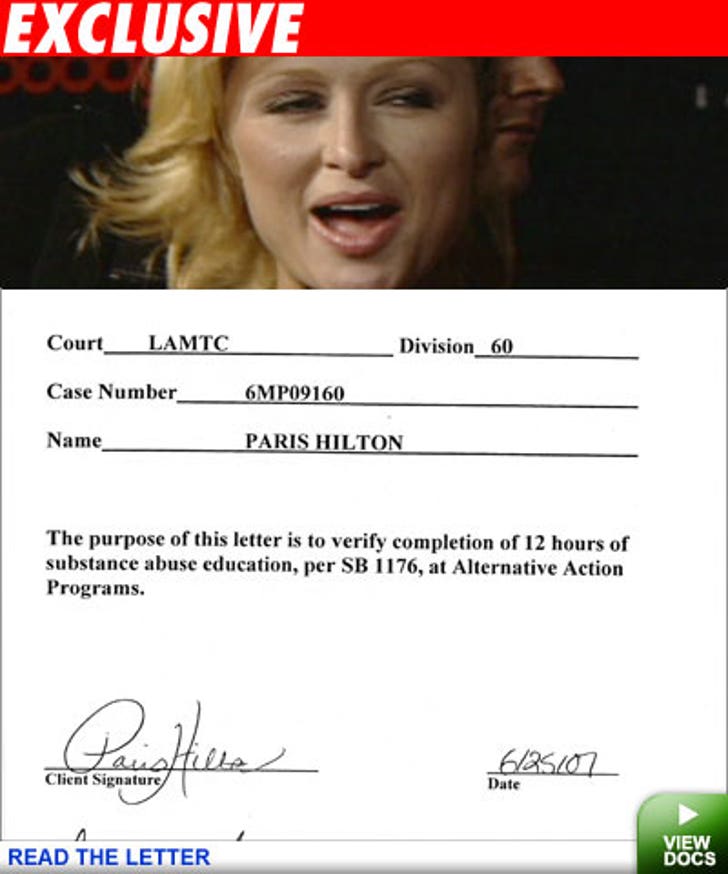 Hilton isn't totally out of the woods yet; she is on probation until January 2010. However, if she violates probation again, she will face the very same judge who sent her to the pokey in May.