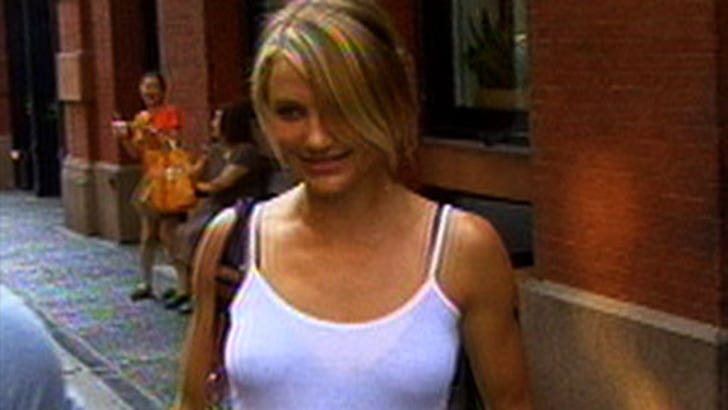 A very leggy Cameron Diaz looked as graceful as ever as she left the Mercer Hotel in Manhattan yesterday -- but looks can be deceiving. As she entered a waiting car, the blonde smiled, waved, and slipped! Ever the pro, Cam quickly recovered, laughed it off and drove away.

Kelly Rowland was also in the NYC, throwing a party to celebrate her new album at Home nightclub. Proceeds from the party tickets benefited LifeBeat, an organization that is helping to inform today's youth to the dangers of HIV and AIDS. Spend those bills, bills, bills! Destiny's Children Michelle Williams and Beyonce Knowles also attended the bash. Girls gotta stick togetha!

The Sisters Duff, Brody Jenner and Gabrielle Union partied it up at the ESPY Pre-Party held at Teddy's in the Hotel Roosevelt in Hollywood while Ian Ziering, Terrell Owens, Paris Hilton co-star Christine Lakin enjoyed the the Bacardi suite in the Mondrian Hotel. Celebs need a little practice before the big event!

All of this and so much more in today's slip n' slide edition of Star Catcher!