Panic and violence erupted on the streets of Hollywood last night after a brutal late night attack left a celeb photographer unconscious and convulsing outside of an ESPY Awards after party. 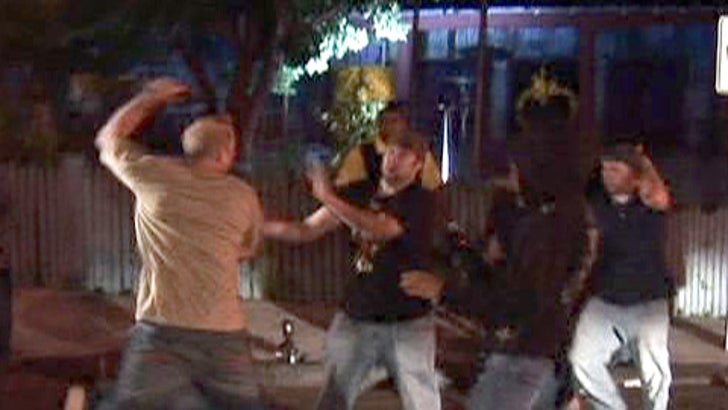 The fight began after two random jerks decided to act as Rumer Willis' bodyguards as she made her way out of Skybar and then allegedly got violent with paparazzi. According to witnesses on scene, one of the men allegedly tripped a photographer who was attempting to take pix of the star. As the stunned shutterbug got up and tried to identify the culprit, we're told another friend of the wannabe-bodyguards grabbed the photog by the head and slammed him to the ground head first, knocking him out and causing convulsions.

TMZ cameras caught sound of the attack and the immediate aftermath. You see another photog got nuts on the evildoers with his fists. Cops arrived shortly after and the man who allegedly slammed the photog to the ground were arrested.

The snapper was rushed to a hospital, where he was treated for three cracked ribs, a possibly dislocated shoulder and a concussion.