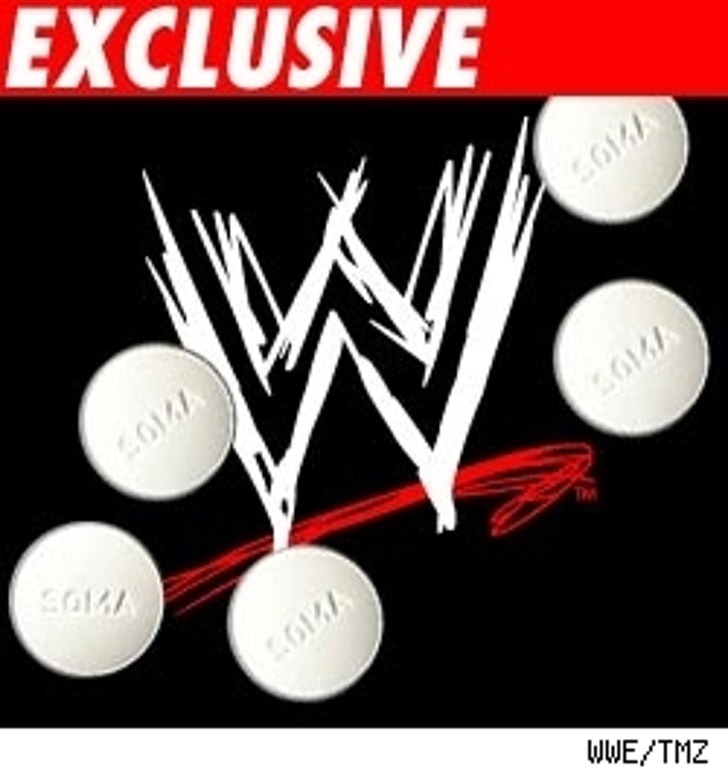 TMZ has uncovered the next possible drug scandal that could lay the smackdown on the wrestling world, known as "Soma Coma" -- the abuse of the powerful muscle relaxer.

In an exclusive interview, former WWE Diva Terri Runnels tells TMZ, "The boys eat Somas like candy." While the Chris Benoit tragedy has everyone (including the Feds) buzzing about steroids, Runnels says wrestlers have been getting high on Soma for years. "I've personally seen a WWE Superstar nearly die right in front of me after taking 13 Somas ... while still behind the wheel of his car!"

Runnels was previously married to bizarro WWE wrestler Golddust, and says that "if the wrestlers' addictions and mental health issues continue to be ignored, I'm afraid that I'll have more friends turning up dead -- all because no one cares."

UPDATE: In an exclusive statement to TMZ, the WWE vigorously defended their drug testing policies, claiming the organization does everything in its power to ensure that their wrestlers are clean:
WWE finds the abuse of drugs and steroids to be unacceptable, and such behavior is actively discouraged. For 20 years the WWE has been doing something to address the issue of steroid and drug use. We instituted our first drug testing program in 1987. In February 2006, we instituted our latest and most comprehensive drug testing program ever as part of our new Talent Wellness Program as a deterrent to steroid and drug abuse . We cannot account for the poor personal decisions a small minority may make outside the workplace to undermine these efforts.