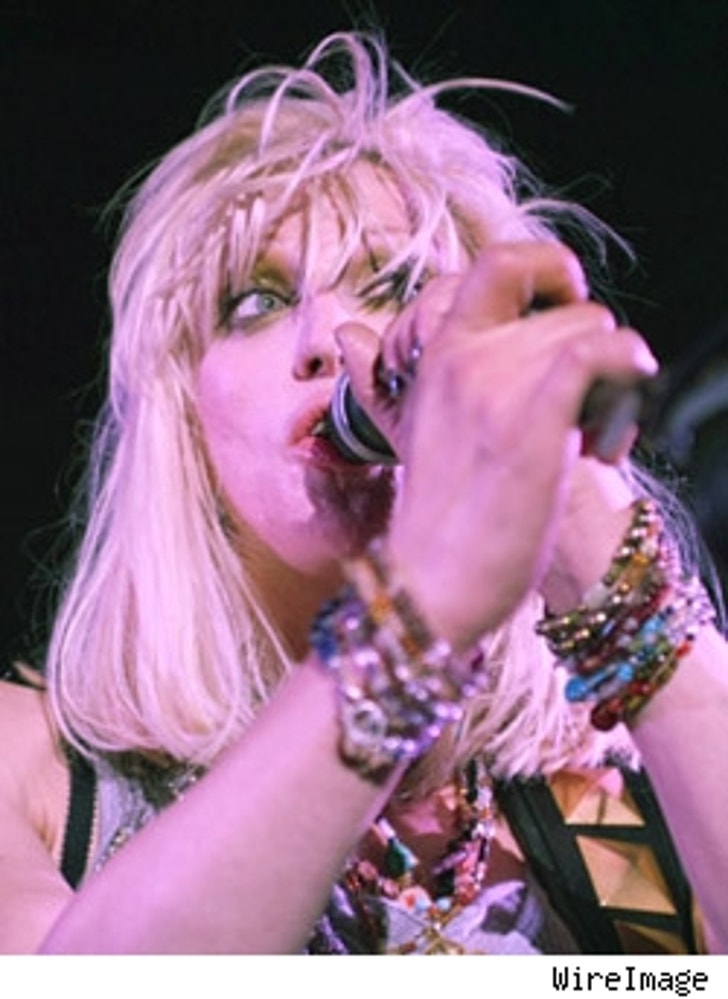 Courtney Love: she's no longer busting out of her celebrity skin, but the now too-thin trainwreck is still as wild as ever. What kind of birthday week was the Cancer-iffic Miss World having? TMZ consulted Astrology.com for all the answers.

The wrecktabulous Courtney Love celebrated her 43rd birthday on Monday, looking not a day over 63. On her Very Special Day, Courtney's horoscope advises that "her charm is stronger than ever -- use it to your advantage in a social situation." Wise words for a woman who careens around like hell on wheels. Though there were reports Love trashed her birthday night Covent Garden hotel room, Love's spokesman denied all claims, saying "she continues to have a very good relationship with the hotel." There she goes, workin' that charm!

On Thursday she played a free concert at New York's Hiro Ballroom. Coated in a thick glaze of glitter, Courtney's gaunt frame shocked the audience. Love's horoscope advised that, "If you want something done right today, you are going to have to do it yourself." Apparently "something done right" means swigging protein drinks and chain-smoking on stage. Love even made a joke about having an eating disorder, before quickly retracting her claim.