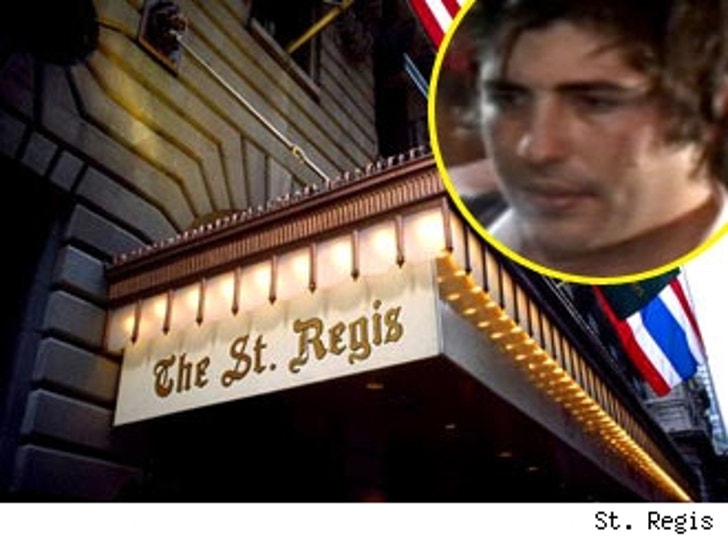 If Brandon "Greasy Bear" Davis really is a broke bear after his parents allegedly shut off his cash spigot, somebody better tell the St. Regis Hotel in Manhattan, where Greasy is hibernating to the tune of $700 per night, according to a TMZ source.

A call to the hotel confirmed that a Brandon Davis is, in fact, staying at the Midtown palace long favored by royals and actual billionaires. But how Greasy is paying his tab is unknown, since his folks have cut him off, as Page Six reports, and he reportedly just spent a relatively budget weekend in Miami at The Standard, with rooms at $150-a-night and up, according to Gatecrasher.

What's more, TMZ spies say that Greasy was out in full ursine force last night, hitting the exclusive Sunday-night karaoke party at Cipriani Downtown, where dinner can run easily over a hundy a head. And you thought bears only sang at Disneyland!

If Greasy's going to the poorhouse, at least he's doing so in a fur-filled blaze of glory!