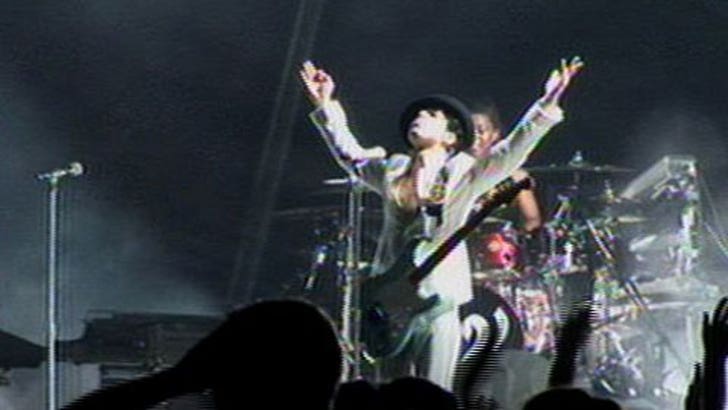 Jon Bon Jovi was one of many who paid thousands of dollars to attend the event -- Jay-Z and a friend were right behind, cheering him on. Chatty Kelly Ripa and super hot hunk hubby Mark Consuelos, and divorcée Christie Brinkley were also among the cash splashy crowd. Kid Rock was also there to welcome his purple tininess.

All this and much more in today's purple rainman edition of NY Star Catcher!