After the girls beat the crap out of each other, it was time for the boys to go at it. *ding ding ding!* 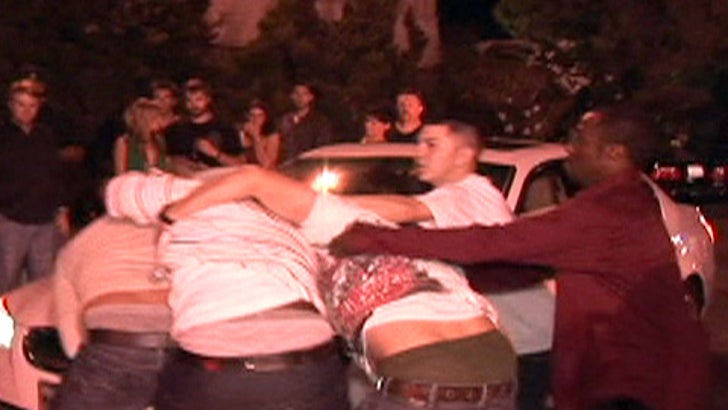 The parking lot of Hollywood hotspot Les Deux turned into an all-out, no-holds-barred rumble -- just moments after the catfight between a group of ever-so-classy ladies had ended. While the girls were recovering from ripped out hair extensions and torn clothing, some stunned and confused guys immediately began attacking each other with haymaker punches, metal chains, bottles and even belts. Way to accessorize!

The every-man-for-himself brawl finally broke up when one of the fighting females suddenly collapsed to the concrete -- with people on the street claiming she was knocked out by a man bolting full-speed through the parking lot.

Oh -- and just after the crowd dispersed and the chaos evaporated -- the cops showed up!