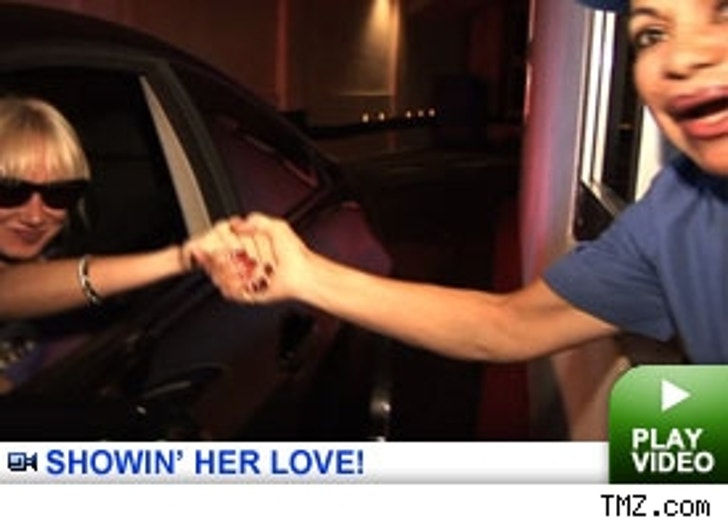 So, you may have read already about the "helicopter fiasco."

Basically, I was going to San Diego with a friend. He tried to pick me up from my house by helicopter. My manager, David Weintraub, called and tried to clear the landing with security for Beverly Park, where I live. They said no way, so we dropped it. Apparently, just asking sent shockwaves within the security team and the Beverly Hills Police Department. A legion of cop cars, an ambulance, a fire truck, you name it, showed up at the house! By that time I had already left for the airport to catch the flight, like a normal human being. Anyway, David and my brother Sean were left to deal with a very frantic group of officers. Oops, sorry boys!

My weekend in San Diego was fantastic! I love it there. It's just far enough away from L.A. that it really felt like a vacation getaway. I took the time to really hang out and get to know the city. You can't visit San Diego without visiting the world famous San Diego Zoo. I loved seeing all the exotic animals. My absolute favorites are the lions. They are so majestic!! And the zoo has a gift shop fully devoted to "Earth-friendly" products, which is super cool. I stayed at the Solamar Hotel, which has a really dope pool with cabanas. I definitely got my tan on!

Exciting news; day one of the shoot for my U.K.-based reality show is today! The entire crew flew out from London over the weekend, and we had a production meeting last night at the Bar Marmont. It was meant to be very official and business-like, but we spent the hours laughing and really getting to know one another. I'm really thrilled -- they are a great bunch to be spending so much of my life with!

Well, I'm off to shoot another scene! Have a great week!