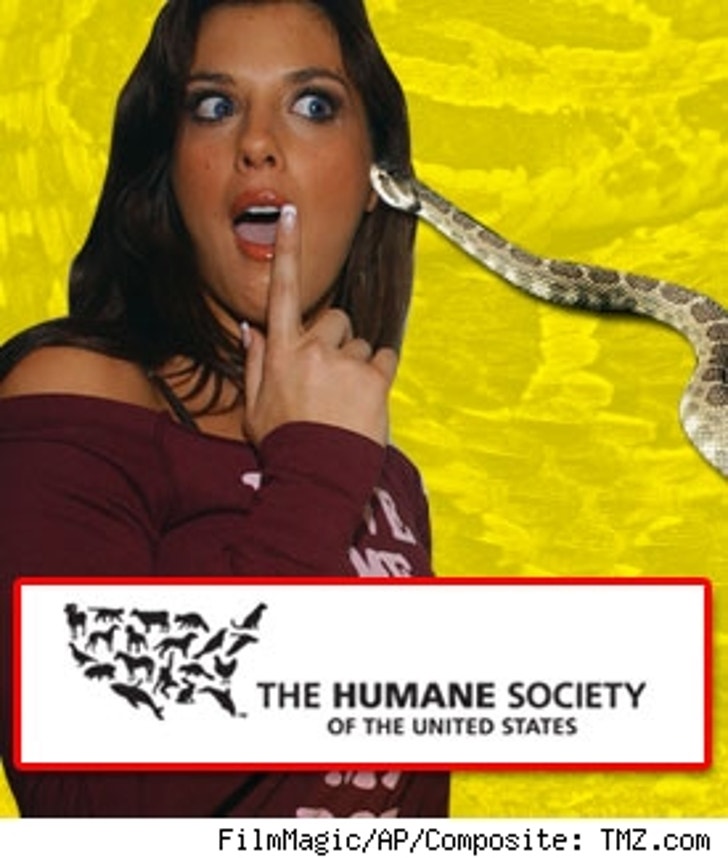 Jenna Morasca -- the winner of "Survivor: Amazon" -- is biting the CBS hand that fed her, after a wannabe contestant skinned and bit into a live snake during auditions for the next "Survivor. " Jenna screamed for cops to throw the snake-chomper in the slammer!

Morasca, through The Humane Society, thrashed "Survivor," saying that it's "billed as a reality show, but sadly, cruelty to animals is a reality that occurs every day. I hope local authorities fully investigate this case, and I hope the man who did this gets to experience the reality of jail time."

The Bakersfield Californian first reported that a man from Tehachapi skinned and ate a live snake for his audition, and gave his name only as Rusty Shackleford, a common pseudonym used on "King of the Hill."

"Survivor" has been littered with live animals killed and eaten, including a live chicken in "Survivor: Vanuatu," and a wild pig hunted and killed in the "Australian Outback" edition.